"Must Be Allowed To Protest": US Lawmakers Back Farmers

India has called the remarks by foreign leaders on protests by farmers as "ill-informed" and "unwarranted" as the matter pertained to the internal affairs of a democratic country. 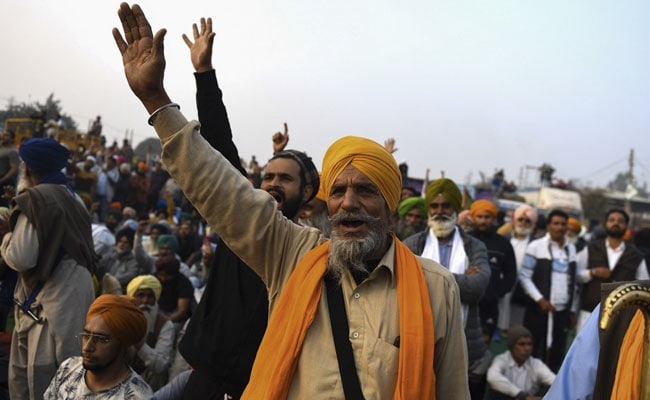 Several US lawmakers have voiced their support for farmers agitating in India against the new farm laws and urged that they be allowed to protest peacefully.

India has called the remarks by foreign leaders on protests by farmers as "ill-informed" and "unwarranted" as the matter pertained to the internal affairs of a democratic country.

"I stand in solidarity with the Punjabi farmers in India protesting for their livelihoods and protection from misguided, manipulative government regulations," Congressman Doug LaMalfa said on Monday.

"Punjabi farmers must be allowed to protest peacefully against their government without fear of violence," said the Republican lawmaker who represents Californian's first Congressional district.

Thousands of farmers from Punjab, Haryana and several other states have been protesting on various borders of Delhi since November 26, seeking repeal of three farm laws enacted in September.

Dubbing these laws as "anti-farmer", these farmers claim that the newly enacted legislations would pave the way for the dismantling of the minimum support price system, leaving them at the "mercy" of big corporations.

However, the government has maintained that the new laws will bring farmers better opportunities and usher in new technologies in agriculture.

"India is the world's largest Democracy - they owe it to their citizens to allow peaceful protest. I encourage these folks and PM (Narendra) Modi to have peaceful, productive discussions," Democratic Congressman Josh Harder said.

The rights of farmers protesting must be respected and meaningful dialogue is the way forward, the Democratic leader asserted.

Congressman Andy Levin said he is inspired by the movement of farmers in India.

"I see it as a harbinger of a people power year in 2021," the Democratic lawmaker said.

The farmers protest has also caught the attention of the mainstream US media.

"The protests have spread beyond New Delhi. Farmers marched and waved banners in the southern states of Kerala and Karnataka and in the northeastern state of Assam. Sugarcane farmers in Uttar Pradesh, who would be less affected by the farm overhaul, set up a protest camp in solidarity, clogging a central artery on the state's border with Delhi," The New York Times reported.

According to a CNN report, "Tens of thousands of farmers have swarmed India's capital where they intend to camp out for weeks to protest new agricultural laws that they say could destroy their livelihoods.