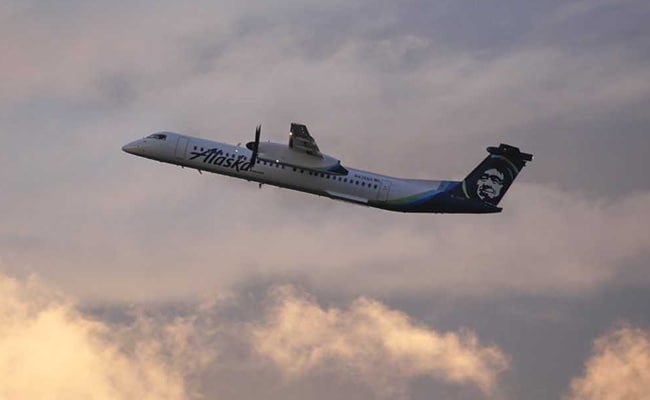 Commonly known as the airplane's "black box" -- was burned but otherwise intact.(File)

US investigators on Sunday said they found the flight data recorder of the Horizon Air plane stolen by a troubled Seattle airport worker amid plane wreckage on a sparsely populated island in Washington state.

"You couldn't even tell it was a plane except for some of the bigger sections, like the wing section," Eckrote said. "Even the small sections, most of it doesn't resemble a plane."

Ekrote said that the flight data recorder -- commonly known as the airplane's "black box" -- was burned but otherwise intact.

NTSB investigators will send the recorder to Washington D.C. to analyze the data for clues next week.

During the hour he spent in the air, Russell flew the plane in a loop -- an improbable stunt caught on video by a surprised bystander -- then slammed it into the small, heavily forested Ketron Island in Puget Sound.

Authorities ruled out any link to terror, and determined Russell had flown alone. No one besides Russell was hurt, and the F-15s did not shoot down the plane, according to officials.

The local sheriff described Russell, nicknamed "Beebo," as "suicidal" when he flew off in an empty passenger plane from Seattle's main airport late Friday. Colleagues remembered him as "quiet" and "very friendly."

Russell's family said the incident came as a "complete shock to us."

"It may seem difficult for those watching at home to believe, but Beebo was a warm, compassionate man," the family said in a letter, which they said would be their only statement.

We are "stunned and heartbroken" by the incident, the letter read.

"He was a faithful husband, a loving son and a good friend."

Russell's role at Horizon, an Alaska Airlines affiliate where he had worked since 2015, involved towing aircraft, loading and unloading cargo and luggage, and cleaning the aircraft, officials said.

Based on his personal blog, last updated in December 2017, Russell seemed to enjoy his job, and used airline travel benefits to visit places like Ireland and France.

Russell was also a leader in Young Life, a local Christian youth ministry.

"He was very, very friendly -- automatically willing to bring everyone in," Hannah Holmes, who was also involved in Young Life, told The Seattle Times.