Those hit include metals magnate Oleg Deripaska, described as operating for the Russian government, as well as Alexei Miller, director of state-owned energy giant Gazprom. 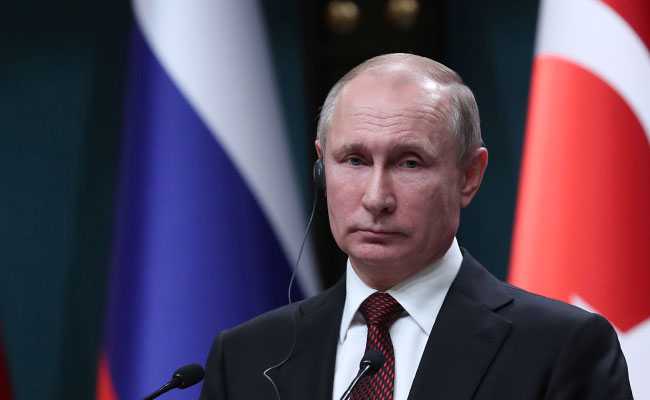 Washington: The United States struck at the heart of President Vladimir Putin's inner circle Friday, imposing sanctions on seven of Russia's most influential oligarchs and stoking a diplomatic crisis that some have dubbed a new Cold War.

Those hit include metals magnate Oleg Deripaska, described as operating for the Russian government, as well as Alexei Miller, director of state-owned energy giant Gazprom. Any assets they hold in areas under US jurisdiction could now be frozen.

Also on the list are tycoon Suleiman Kerimov, under investigation in France over allegations he brought in millions of euros in suitcases full of cash, and Kirill Shamalov, a billionaire reported to be Putin's son-in-law.

Russia's state arms exporter, a key tool in Putin's efforts to support the modernization of his own military by selling advanced hardware around the world, was also added to the sanctions list.

In all, President Donald Trump's administration targeted seven oligarchs, 12 companies they own or control, 17 senior Russian officials and a state-owned arms export company.

"The United States is taking these actions in response to the totality of the Russian government's ongoing and increasingly brazen pattern of malign activity across the world," one official said.

"This included their occupation of Crimea, instigation of violence in eastern Ukraine, support for the Assad regime in Syria... and ongoing malicious cyber-activity," the senior official said.

"But most importantly this is a response to Russia's continued attacks to subvert western democracies."

Campaigners against Kremlin corruption welcomed the US move.

Bill Browder, a US-born British financier whose lawyer Sergei Magnitsky died in a Russian jail after protesting alleged tax fraud, tweeted that Washington was "finally hitting Putin and his cronies where it counts."

Russia analyst Boris Zilberman, of Washington think tank the Foundation for Defense of Democracies, said the sanctions might finally give Putin's allies pause as "until there is a change in the Kremlin's behavior their bottom lines will suffer and their ability to enjoy the spoils of their corruption will be hampered."

The measures were taken under a US law passed to punish Russia for its alleged bid to interfere in the 2016 presidential election, engage in cyber-warfare and intervene in Ukraine and Syria.

But Friday's announcement also came as Washington and its allies face a new diplomatic crisis with the Kremlin over the attempted poisoning of a former Russian double agent on British soil.

Trump begrudgingly signed the Countering America's Adversaries Through Sanctions Act (CAATSA) in August last year, despite arguing that it undermined his own authority to lead US foreign policy.

The president had long disputed the idea that Russia's alleged cyber-espionage and propaganda efforts sped him to victory in the election, seeking better relations with Putin.

But Congress persisted, backed by evidence from US intelligence agencies, and in March the administration finally imposed sanctions on 19 Russian entities for "malicious cyber attacks."

In parallel, and to Trump's fury, former FBI chief Robert Mueller has been empowered as a special prosecutor to investigate possible collusion between the president's campaign and Russia.

So far Mueller has indicted 19 people, including 13 Russians, and reports suggest he may soon ask to interview Trump himself.

US officials confirmed that their action against the oligarchs was in part related to Russia's alleged interference in the US vote, but stressed the broader nature of their concerns.

"Russian oligarchs and elites who profit from this corrupt system will no longer be insulated from the consequences of their government's destabilizing activities."

Ties had already plummeted to a post Cold War low over last month's attack on a former Russian double agent living in England.

Sergei Skripal is recovering in hospital, but officials in Britain and its ally the United States say he was poisoned by "Novichok," a nerve agent they say only Russian intelligence could have deployed.

Trump's administration reacted by expelling 60 Russians they accused of being spies working under diplomatic cover and Moscow responded in kind.

The US leader, meanwhile, continued to protest this week that "probably nobody's been tougher to Russia than Donald Trump."

There was no immediate reaction from Moscow to news of Friday's sanctions, but the Kremlin can be expected to be furious at a move that could undermine support for Putin among his richest backers.

Promoted
Listen to the latest songs, only on JioSaavn.com
And the arms exporter Rosboronexport gave a taste of what might be expected to come from the Kremlin in its own response.

"The fact that Rosoboronexport is the target confirms the true aim of the sanctions," it said. "All this big talk and accusations are just an excuse to drive Russia out of the world arms market. Rough and pragmatic. It is  a pure form of unfair competition."