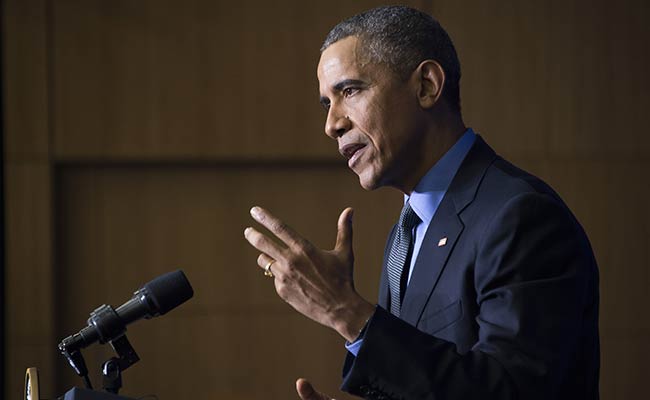 The two measures, rolling back the Environmental Protection Agency's new emission rules for existing and new power plants, passed the chamber largely along party lines, with all but four Democrats opposed to each.

The so-called disapproval resolutions, which already passed the Republican-controlled Senate, dealt a largely symbolic yet harsh rebuke to Obama, who attended the start of a major UN climate summit in the French capital.

The White House has said Obama would veto the resolutions and Congress does not appear to have sufficient votes to override the veto.

Many conservatives in Congress deny that climate change is a result of human industry and agriculture, and have opposed emissions controls designed to slow global warming.

The far-reaching regulations form a core of Obama's efforts to reduce overall US greenhouse gas emissions.

"We want the House to adopt this resolution while the climate change conference is going on in France so that the world will know that in America there is a disagreement about the extreme power grab that this president is initiating under his clean energy plan," Republican Ed Whitfield said shortly before the votes.

The EPA rules incensed Republicans, including Senate Majority Leader Mitch McConnell, who is from the coal-producing state of Kentucky, when the White House announced Obama's Clean Power Plan in August.

They argue that the economic cost of the endeavor, particularly in coal mining states, would cripple industry and hike energy costs for millions of Americans.

Under the rule, the power sector's carbon dioxide emissions will have to be cut by at least 32 percent below 2005 levels by 2030.