Here's a guide to some of the questions people might have about US government shutdown. 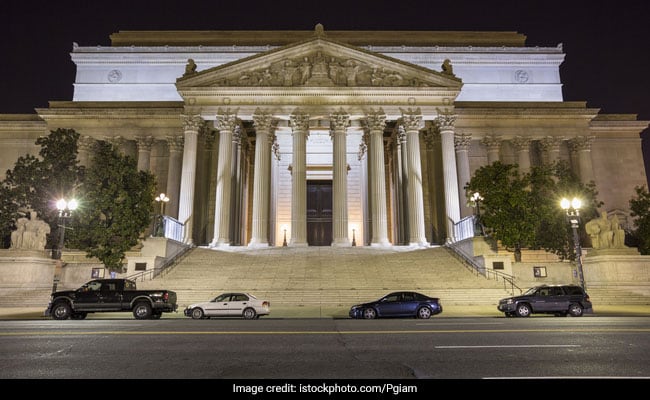 US is bracing for a partial government shutdown during the holiday season.

With President Donald Trump and Congress at an impasse over federal spending, the country is bracing for a partial government shutdown that would shutter offices, hold up paychecks during the holiday season and affect popular tourist attractions nationwide.

Here's a guide to some of the questions people might have.

Would the entire government shut down?

Not this time. About three-quarters of the federal budget has been funded through September 2019, which includes the Pentagon, the Department of Veterans Affairs and the Department of Health and Human Services.

So how many federal workers would be affected?

Quite a few: The remaining quarter of the government that would lack funding includes the departments of State, Justice, Treasury, Transportation and Homeland Security. All told, about 800,000 of the 2.1 million federal workers nationwide - or more than a third - would be affected in some way. Nearly half would be sent home without pay, while the rest would stay on.

When would people start feeling the impact?

That might take a few days. Even though the funding would run out at midnight Friday, that coincides with the beginning of what the federal government views as a four-day holiday weekend. Monday is Christmas Eve, which has been declared a holiday for federal workers, and Tuesday is Christmas Day. So Wednesday is when many of the real effects would begin to hit people.

What about my flight back from the holidays?

If you're one of the tens of millions of people hopping a flight over the next two weeks, don't worry: Air traffic controllers and federal airline safety inspectors will remain on the job.

Airport security checkpoints will also remain at full staffing, a spokeswoman for the Transportation Safety Administration said, though she added that those workers will not be getting paid. (The assumption is that they will be paid retroactively.) And for those of you taking trains: Amtrak "will continue normal operation" during any short-term shutdown, a spokesman said Friday.

Who else stays on the job?

Lots of people, including those patrolling federal prisons, charged with immigration enforcement, issuing weather forecasts and inspecting meat and poultry. The State Department will keep issuing passports and visas, though it has warned that such activities "will remain operational as long as there are sufficient fees to support operations." The Food and Drug Administration will keep reviewing drugs. Agents with the FBI, Drug Enforcement Administration and Bureau of Alcohol, Tobacco, Firearms and Explosives will keep working, as will the Coast Guard, Border Patrol, Immigration and Customs Enforcement and the National Weather Service's forecasters, among others.

What would stop happening during a shutdown?

A grab bag of federal activities. The Internal Revenue Service would be closed. At the Federal Communications Commission, calls to consumer complaint hotlines would go unanswered. The Small Business Administration would close. Some facilities would remain open temporarily, while others would close their doors.

The Smithsonian, including the National Zoo in the District of Columbia, would use leftover funds to stay open through Jan. 1. In its shutdown planning notice, the Smithsonian said that when the available funding is exhausted, "it would be necessary for us to close all museum buildings to the public." (A word of warning if you're reading this and planning a visit soon: The Smithsonian's museums are always closed on Christmas Day.)

What happens to national parks and monuments?

They would stay open, but don't expect to find visitor centers actually welcoming visitors. Historic homes and national monuments that shut down at night would be closed. If a bunch of snow falls on a park with an area that needs plowing, the snow would stay put, the plows would stay parked and those spots would be inaccessible.

Will the mail keep operating?

People sending thank-you cards for holiday gifts will still be able to ship those out in the mail during a shutdown. Post office operations would not be affected by a shutdown and all post offices would stay open as usual, because the Postal Service funds its operations through its own sales rather than tax dollars.

I'm a federal worker. Am I getting paid?

Paychecks for the pay period ending Saturday "should be issued at the normal time (generally, in the December 28 to January 3 time range)," the budget office said in a planning document.

Do federal workers have to come in even if they're not supposed to actually work?

Some will have to - briefly, anyway. This is what's known as an "orderly shutdown," during which employees who are furloughed can be allowed up to come in for up to four hours to preserve their work, finish timecards or turn in their government-issued phones.

A person planning to be away from the office next week does not necessarily have to rush back Wednesday just for the "orderly shutdown" process. The Office of Management and Budget says agencies can let them do that on the first day they were already set to come back.

Hang on. Even when the government shuts down, workers can be expected to come back in just to help shut it down?

What can we tell you? The federal government is a quirky enterprise.