'US Gave Us 'Peanuts' In Aid,' Says Former Pakistan Minister

The minister called on the Pakistani government to conduct an audit of US aid received in the last 10 years to "expose" American claims, Dawn newspaper reported 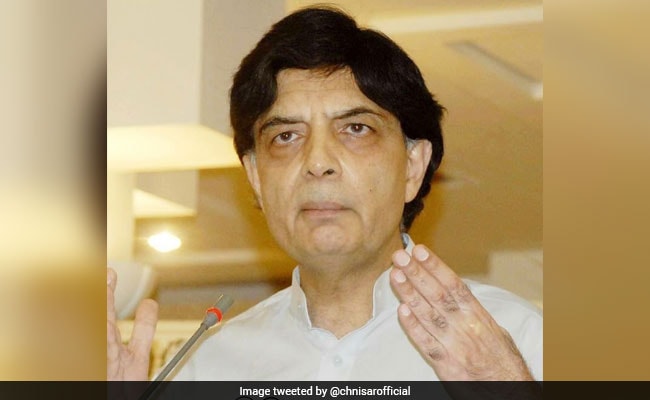 Nisar Ali Khan said that the US is pointing fingers as Pakistan didn't keep a record of US aid.

Islamabad: The US has given Pakistan "peanuts" and not "billions of dollars" in aid, said the country's former Interior Minister Nisar Ali Khan today as he criticised US President Donald Trump's new strategy for Afghanistan and South Asia.

Ridiculing Trump for saying that the US has paid "billions and billions of dollars" to Pakistan, Mr Khan called on the Pakistani government to conduct an audit of US aid received in the last 10 years to "expose" American claims, Dawn newspaper reported.

"It's not billions of dollars, it is peanuts," the former minister said while speaking in the National Assembly. He said that Pakistan was not responsible for the failure of US and its allies in Afghanistan.

Mr Khan said that the Coalition Support Fund paid by Washington is for the services rendered by Islamabad in the fight against terrorism.

"The US drags its feet during the payment of the military fund," Mr Khan said adding, "If our bill (for military services) is $500 million, they (the US) sit on it for months... and end up giving us $200 million."

"They have ruined our roads, our airspace, our country, but are not ready to pay for the expenses."

"Put your money where your mouth is," Mr Khan said, adding that the US has been able to point fingers because Pakistan did not keep a proper record of American assistance.

The former minister said that all the institutions should be united and speak the same language in responding to the new US policy, adding that a statement based on arguments should be prepared in which the allegations of terrorist networks and inordinate US aid are addressed.

Mr Khan said that it was a positive step that the visit of US Assistant Secretary of State Alice Wells was rescheduled. The diplomat should visit, he said, "but we should first say we want to wipe the slate clean regarding the allegations levelled against us".

He said that a way forward should be cleared by the Foreign Ministry, "You (US) give us the evidence, we will clear (the matter)", adding that the biggest destabilising factor in Afghanistan is the US' plan to impose "totally irrelevant country" India on Afghanistan, the report said.
Comments
Pakistan ministerUS Aid to PakistanUS President Donald Trump