Pics: Donald Trump's Family Joins Him As He Declares "Victory" In US Polls

US elections 2020: Donald Trump's wife Melania Trump, his sons Eric and Donald Jr, daughters Ivanka and Tiffany were all smiles as the President made the stunning announcement. 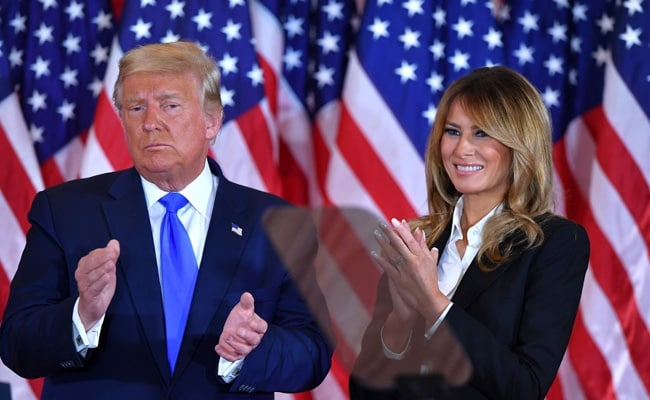 US Election: Donald Trump also thanked his wife Melania Trump and his family for the "victory"

At US President Donald Trump's astonishing "victory" speech at 2.30am, his family joined him at the White House. Calling the election "a fraud on the American people" by his rival Democrats, President Trump declared that he would go to the Supreme Court to dispute the counting of votes.

As the 74-year-old falsely declared victory even though millions of votes remain uncounted, his family cheered him on.

Donald Trump's wife Melania Trump, his sons Eric and Donald Jr, daughters Ivanka and Tiffany were all smiles as the President made the stunning announcement. 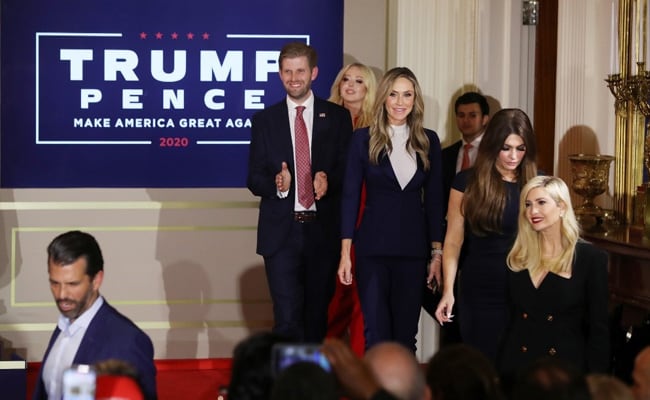 The President's children had come in with their partners after an evening of election viewing.

Donald Trump had also thanked his wife, his family and his Vice President Mike Pence and his wife for their support amid loud cheers from an upbeat crowd at the ceremonious East Room of the White House.

"We did win this election," Mr Trump told his cheering supporters as he said Republicans won in states they didn't expect to win. 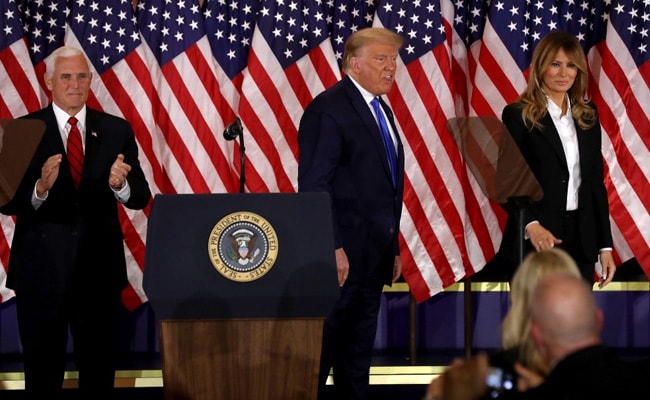 Donald Trump thanked Mike Pence and his wife in his announcement

The businessman also said he would go to the Supreme Court because "we want all voting to stop."

His opponent Joe Biden's campaign soon hit back, calling the President's bid to stop counting of votes "outrageous" and "unprecedented," and saying its legal teams were ready to fight him in the courts if need be. 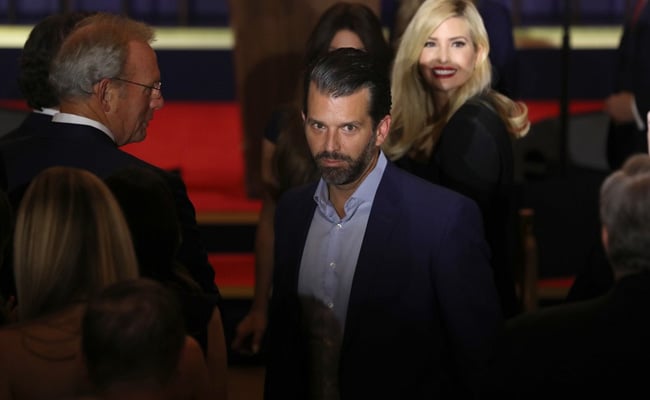 "The counting will not stop. It will continue until every duly cast vote is counted," said the Biden campaign.

The race to White House is tight as Joe Biden leads 220 to 213 over Donald Trump in the fight for 270 Electoral College votes.