US Open To Talks With North Korea Despite Missile Programme Activity 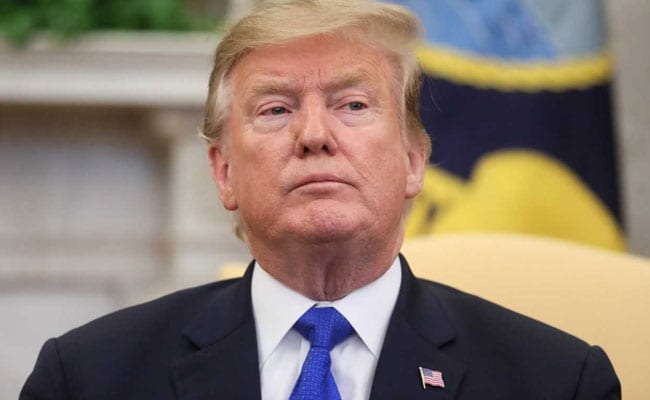 Donald Trump is eager for a foreign policy win on North Korea, which eluded his predecessors for decades

U.S. President Donald Trump is open to additional talks with Pyongyang over denuclearisation, his national security adviser said on Thursday, despite reports that North Korea is reactivating parts of its missile programme.

This week, two U.S. think tanks and Seoul's spy agency said North Korea was rebuilding its Sohae rocket launch site, prompting Trump to say he would be "very, very disappointed" in North Korean leader Kim Jong Un if it were true. The think tanks said on Thursday that they believed the launch site was operational again.

Asked on Thursday if he was disappointed about recent North Korean activity, Trump told reporters: "It's disappointing," while adding without elaborating: "We'll see. We'll let you know in about a year."

The reports of North Korean activity raise more questions about the future of the dialogue Trump has pursued with Kim after a second summit between them broke down in Vietnam last week.

White House National Security Adviser John Bolton, who has argued for a tough approach to North Korea, said Trump was still open to more talks with the country.

"The president's obviously open to talking again. We'll see when that might be scheduled or how it might work out," he told Fox News, adding it was too soon to make a determination on the reports of the North Korean activities.

"We're going to study the situation carefully. As the president said, it would be very, very disappointing if they were taking this direction."

The Vietnam summit on Feb. 27-28 collapsed over differences about how far North Korea was willing to limit its nuclear programme and the degree of U.S. willingness to ease economic sanctions.

Trump, eager for a big foreign policy win on North Korea, which has eluded his predecessors for decades, has repeatedly stressed his good relationship with Kim. He went as far late last year as saying they "fell in love," but the bonhomie has failed so far to bridge the wide gap between the two sides.

U.S. Secretary of State Mike Pompeo said on Monday he was hopeful he would send a delegation to North Korea for more talks in the next couple of weeks, but that he had received "no commitment yet."

A senior State Department official told reporters on Thursday that Washington was keen to resume talks as soon as possible, but North Korea's negotiators needed to be given more latitude than they were ahead of the summit.

He said no one in the U.S. administration advocated the incremental approach that North Korea has been seeking and the condition for its integration into the global economy, a transformed relationship with the United States and a permanent peace regime, was complete denuclearisation.

"Fundamentally, where we really need to see the progress, and we need to see it soon, is on meaningful and verifiable steps on denuclearisation. That's our goal and that's how we see these negotiations picking up momentum."

The official, who did not want to be identified, said the U.S. side still saw North Korea's complete denuclearisation as achievable within Trump's current term, which ends in January 2021.

While the official said he would "not necessarily share the conclusion" that the Sohae site was operational again, any use of it would be seen as "backsliding" on commitments to Trump.

"We are watching in real-time developments at Sohae and we will definitely be seeking clarification on the purposes of that," he said.

The paper also quoted Suh as saying North Korea had continued to run its uranium enrichment facility at the main Yongbyon nuclear complex after Trump and Kim's first summit in Singapore last June.

The Sanumdong factory produced the Hwasong-15 ICBM, which can fly more than 13,000 km (8,080 miles). After a test flight in 2017, North Korea declared the completion of its "state nuclear force" before pursuing talks with South Korea and the United States last year.

South Korea's presidential office and defense ministry declined to confirm the Sanumdong reports and the U.S. State Department said it could not comment on intelligence matters.

Separately, Washington's 38 North and Center for Strategic and International Studies think tanks reported on Thursday that North Korea's Sohae Satellite Launching Station, which Kim pledged in Singapore to dismantle, appeared to be operational again after rebuilding work that began days before the Hanoi summit.

"The rebuilding activities at Sohae demonstrate how quickly North Korea can easily render reversible any steps taken towards scrapping its Weapons of Mass Destruction programme with little hesitation," CSIS said.

It called the action "an affront" to Trump's diplomatic strategy that showed North Korean pique at his refusal to lift sanctions.

Some analysts see the work as aimed at pressing Washington to agree to a deal, rather than as a definite move to resume tests.

A U.S. government source, who did not want to be identified, said North Korea's plan in rebuilding the site could have been to offer a demonstration of good faith by conspicuously stopping again if a summit pact was struck, while furnishing a sign of defiance or resolve if the meeting failed.

38 North said photos from Wednesday showed a rail-mounted transfer building used to move rockets at the site was complete, cranes had been removed from the launch pad and the transfer building moved to the end of the pad.

"But we don't draw any conclusions from that besides they are restoring the facility," Joel Wit of 38 North told Reuters. "There is no evidence to suggest anything more than that."

On Wednesday, Bolton warned of new sanctions if North Korea did not scrap its weapons programme.

Despite his sanctions talk, there have been signs across Asia that the U.S. "maximum pressure" sanctions campaign against North Korea has sprung leaks.

In a new breach, three South Korean companies were found to have brought in more than 13,000 tons of North Korean coal, worth 2.1 billion won ($2 million) since 2017, South Korea said.

North Korean media have given conflicting signals on U.S. relations, while appearing to target Bolton as a spoiler.

Its state television aired a 78-minute documentary late on Wednesday showing a cordial mood between Trump and Kim as the Hanoi summit ended, indicating Pyongyang was not about to walk away from negotiations, experts say.

It also showed a stone-faced Bolton during a meeting in Hanoi, while Trump and other U.S. participants were all smiles.

The Chinese government's top diplomat, State Councillor Wang Yi, said on Friday that a "resolution could not be reached overnight".

"All parties should have reasonable expectations on this," Wang told a news briefing.

China is North Korea's most important economic and diplomatic backer, and has suggested easing U.N. sanctions on North Korea as a way to reward it for its improved behavior.

In a return to a more usual strident tone, North Korea's KCNA news agency criticised new small-scale military exercises that the United States and South Korea plan to hold instead of a large-scale spring exercise they have called off.

It said the drills would be a "violent violation" of agreements with the United States and South Korea, although Seoul's defence ministry said the drills are defensive in nature.