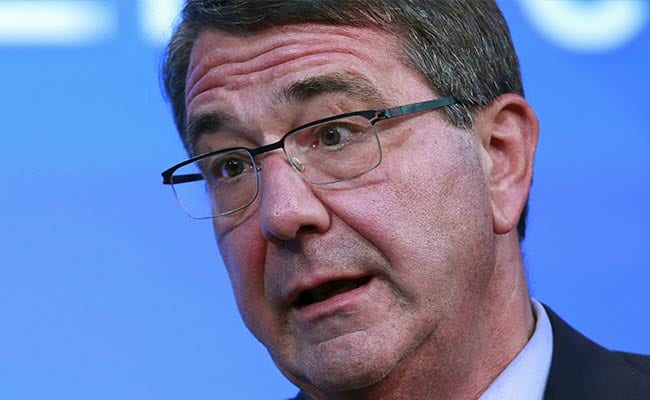 Both told a House of Representatives hearing such a vote would aid the fight against the Islamist group, which has seized swathes of territory in Syria and Iraq, although they stressed they did not feel the administration was legally required to obtain such an authorization.

"I absolutely believe that a clear and unequivocal statement of support for the men and women that are prosecuting the campaign and our allies from their elected officials would be absolutely helpful," Dunford, chairman of the Joint Chiefs of Staff, told the House Armed Services Committee.

Some Republican and Democratic members of Congress have been debating for years over whether President Barack Obama's administration should obtain congressional backing for military campaigns in Iraq, Syria and Afghanistan.

Backing from Carter and Dunford could boost the push for an authorization vote.

The U.S. Constitution gives Congress the right to declare war, but the White House says it has the legal authorities it needs because of authorisations for the use of military force, or AUMFs, passed in 2001 for the fight against al Qaeda and 2002 for the war in Iraq.

"We can conduct what we need to do within the law," Carter said.

Carter told the hearing that the United States is deploying an elite new force of special operations troops to Iraq for the fight against Islamic State.

The hearing was marked by heated exchanges over what Carter meant when he said the country was "at war."

"You heard the secretary of Defense today say both in writing and verbally that we are at war. Who declared that war?" Republican Representative Randy Forbes asked Dunford.

"Who would have actually made that declaration? Is that something you would make? The secretary would make?" he asked.

Dunford acknowledged that Congress would declare war. Carter tried to break in, but Forbes stopped him.

"We are technically not at war, Representative Forbes," Dunford said.

Obama sent Congress an AUMF in February 2015, but neither the House nor the Senate voted on it. Lawmakers disagreed sharply on the appropriate level of U.S. involvement in the Middle East and never came close to agreeing on their own plan.