US Concern Over Prevailing Terror Hubs In Pakistan Worrisome: Report

A European think-tank report said that "Pakistan did not take sufficient action against externally-focused groups such as Lashkar e-Tayyiba (LeT) and Jaish-e-Mohammad (JeM), which continues to operate, train, organise, and fundraise on its soil." 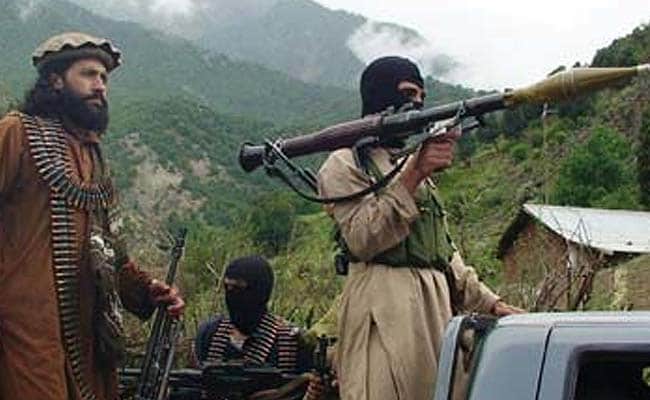 The think-tank report accused Islamabad of propping up "candidates affiliated with LeT". (File)

A European think-tank has said that despite several restrictions and warnings by global watchdogs, the United States's concern over prevailing terror hubs in Pakistan is portraying a grim picture of the security situation in the region.

The European Foundation for South Asian Studies (EFSAS) predicted after referring to the US State Department's recent Country Report on Terrorism in 2018, which came down heavily on Pakistan for promoting terrorism and its sluggishness in dealing with terror entities.

The report stated that "Pakistan did not take sufficient action against externally-focused groups such as Lashkar e-Tayyiba (LeT) and Jaish-e-Mohammad (JeM), which continues to operate, train, organise, and fundraise on its soil."

Umair Jamal, the Lahore-based correspondent for The Diplomat, in an article dated November 9, elaborated on the State Department's contention.

He wrote, "Beyond rhetoric, there appears no convincing evidence that could suggest that Pakistan has choked India-focused groups' operational capability or capacity to act in the future. Arguably, the focus on Pakistan's part appears to be aimed at placing the group away from the media's glare and signifying small steps against these groups' activities as part of the state's broad plan to defang the organisations".

On Pakistan's role in Afghanistan, the State Department report said, "The Pakistani government pledged support for political reconciliation between the Afghan government and the Afghan Taliban but did not restrict the Afghan Taliban and Haqqani Network (HQN) from operating in Pakistan and threatening US and Afghan forces in Afghanistan... the Taliban and the Haqqani Network continued to launch lethal attacks throughout Afghanistan, including against US military personnel. In one of its deadliest attacks to date, Haqqani Network - an affiliate of the Taliban - killed more than 100 people after detonating an explosives-laden ambulance in Kabul in January, a week after the Taliban conducted an attack on a Kabul hotel that killed 22".

Pakistan's dubious and unhelpful role in Afghanistan was also a prominent theme in another report of the US Congressional Research Service (CRS) on the war-ravaged country.

The Congressional Research Service is tasked with preparing reports periodically on issues of importance for Congressmen to enable them to make informed decisions.

This report identified Pakistan as the "most important neighbour" of Afghanistan, one which had played an active but negative role in Afghan affairs for decades.

The report reiterated that "Pakistan's security services maintain ties to Afghan insurgent groups, most notably the Haqqani Network, a US-designated Foreign Terrorist Organisation (FTO) that has become an official, semi-autonomous component of the Taliban. Afghan leaders, along with US military commanders, attribute much of the insurgency's power and longevity either directly or indirectly to Pakistani support".

On Pakistan's motivations to adopt such a destructive policy vis-a-vis Afghanistan, the CRS averred that "Pakistan may view a weak and destabilized Afghanistan as preferable to a strong, unified Afghan State (particularly one led by an ethnic Pashtun-dominated government in Kabul; Pakistan has a large and restive Pashtun minority)".

"Pakistan's security establishment, fearful of a strategic encirclement by India, apparently continues to view the Afghan Taliban as a relatively friendly and reliable anti-India element in Afghanistan. India's diplomatic and commercial presence in Afghanistan - and US rhetorical support for it - exacerbates Pakistani fears of encirclement," it added.

The report, however, warned that "instability in Afghanistan could rebound to Pakistan's detriment".

Pakistan criminalises terror financing through the Anti-terrorism Act, but the implementation of guidelines mandated under the law remains uneven.

The Financial Action Task Force noted that UN-listed entities, including LeT and its affiliates, were not effectively prohibited from raising funds in Pakistan or being denied financial services.

However, Pakistan, instead of pondering and introspecting over the State Department's report, was quick to express disappointment over it.

Senior Pakistani journalist Ghazi Salahuddin summed up the Pakistani attitude aptly when he wrote, "We are aware of our inadequacies. The point is that we are unable or unwilling to mend our ways and seriously adopt corrective measures".

Meanwhile, a US-based international watchdog, Freedom House, in a report titled ''The Crisis of Social Media'', dated November 5, placed Pakistan among the worst 10 countries in the world in terms of internet and digital media freedom.

The EFSAS said, "What is noteworthy about this Freedom House report is that it brought into sharp focus the duplicity of the Pakistani government''s position and proclamations on the restrictions on communications, including the internet, imposed by the Indian government in Jammu and Kashmir."

"While any such restriction is undesirable, condemnation, when it comes from a country like Pakistan with its highly unenviable track record on internet and media freedoms, comes across as extremely hollow, insincere and motivated," the report added.