US, China Have Agreed To Hold Call On Trade In "Near Future": Official

The US and China signed the accord in January, bringing a partial truce in their lingering trade war. 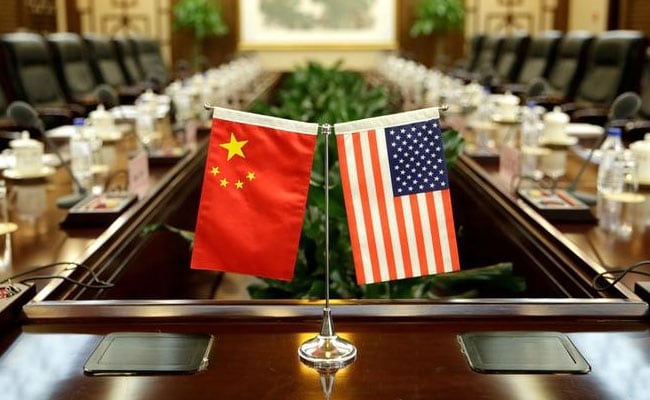 Tensions between US-China have risen recently over issues including pandemic blame. (Representational)

Beijing and Washington will soon hold a call on trade, China's commerce ministry said Thursday, after reports that planned high-level talks on the "phase one" agreement between the two countries were postponed.

The US and China signed the accord in January, bringing a partial truce in their lingering trade war, and obliging Beijing to import an additional $200 billion in American products over two years, ranging from cars to machinery to oil to farm products.

The phase one deal also called for officials to hold a "check in" every six months -- but neither government has confirmed that the talks were even planned, much less postponed.

"The two sides have agreed to hold a call in the near future," commerce ministry spokesman Gao Feng said at a press briefing when asked if trade talks would be rescheduled.

He didn't give any further details.

US Trade Representative Robert Lighthizer and Treasury Secretary Steven Mnuchin reportedly were scheduled to hold a video conference with China's Vice Premier Liu He last weekend, according to reports, including from Bloomberg.

The COVID-19 pandemic has put pressure on the agreement and China's purchases of those goods has been lagging.

US President Donald Trump in recent weeks has stepped up rhetoric against China ahead of what's expected to be a tough re-election fight, raising questions about the deal's fate as well as the possibility of a phase two agreement.

Tensions before the two countries have risen in recent months over a host of issues including blame for the pandemic and China's policies in Xinjiang and Hong Kong.

Later Thursday, White House economic advisor Larry Kudlow described the US as "very cross with China on a number of issues," but said Washington remained "engaged" with Beijing on the phase one deal.