The patient, who had been in line for the transplant at the Boston hospital, has refused to receive a Covid vaccine. 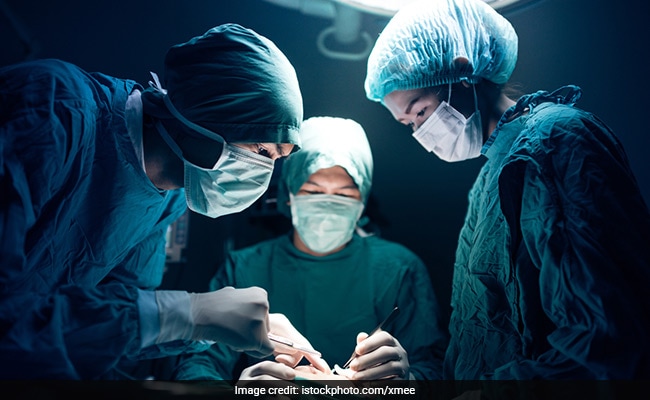 The US has counted nearly 60 million Covid infections and 872,000 deaths. (Representational)

A hospital in Boston refused to perform a heart transplant on a patient who had not been vaccinated for Covid-19, US television media reported Wednesday.

A spokeswoman for Brigham and Women's Hospital confirmed in a statement to AFP that vaccination against the coronavirus is "required" for organ transplant recipients there.

The patient's father, David Ferguson, appeared on news channels CNN and ABC to share the family's story, saying his 31-year-old son has been to the "edge of death" and "pushed to the limit" waiting for a heart transplant.

The patient, who had been in line for the transplant at the Boston hospital, has refused to receive a Covid vaccine.

"It's kind of against his basic principles, he doesn't believe in it," Ferguson told ABC.

"It's a policy they are enforcing and so because he won't get the shot, they took him off the list of a heart transplant," his father said.

The hospital "requires several CDC-recommended vaccines, including the COVID-19 vaccine," Brigham and Women's said the statement.

The hospital also requires "lifestyle behaviors for transplant candidates to create both the best chance for a successful operation and to optimize the patient's survival after transplantation, given that their immune system is drastically suppressed," the statement read.

Arthur Caplan, a medical ethicist at New York University, told CBS: "Post any transplant your immune system is cut off. Covid could kill you."

"The organs are scarce and they are not going to distribute them to someone who has a poor chance of living when others who are vaccinated have a better chance post-surgery of surviving," Caplan said.

That is why "patients are not active on the waitlist without" the vaccine, said the hospital, where Ferguson's son is still being treated.

The father said he respected his son's choice and planned to get him transferred to another hospital.

"But we are running out of time," Ferguson said of his son's condition.

The United States, where only 62 percent of the total population is fully vaccinated -- due partly to deep political divisions over the shots -- has counted nearly 60 million Covid infections and 872,000 deaths.