US Blasts China's Support For Russia, Pledges To Help India

China wasn't helping the situation in Ukraine by doing things like amplifying Russian disinformation campaigns, U.S. Deputy Secretary of State Wendy Sherman said at an event in Brussels on Thursday. 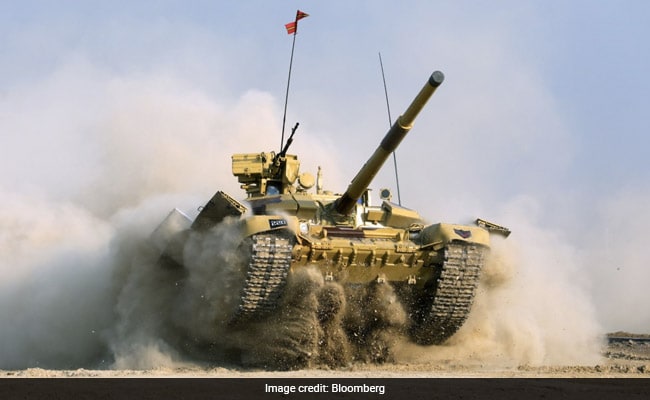 China said this week it plans to continue strengthening strategic ties with Russia.

A senior U.S. diplomat again warned China of sanctions if it offers "material support" for Vladimir Putin's war in Ukraine, while also pledging to help India end its dependence on Russian weapons.

China wasn't helping the situation in Ukraine by doing things like amplifying Russian disinformation campaigns, U.S. Deputy Secretary of State Wendy Sherman said at an event in Brussels on Thursday. She said she hoped Beijing will learn the "right lessons" from Russia's war, including that it can't separate the U.S. from its allies.

"They have seen what we have done in terms of sanctions, export controls, designations, vis-a-vis Russia, so it should give them some idea of the menu from which we could choose if indeed China were to provide material support," Sherman told a crowd at an event hosted by the group Friends of Europe, which is co-funded by the European Union.

Sherman also said the U.S. would work with India to help the country move away from its traditional reliance on Russian weapons, given the impact global sanctions are having on Russia's arms industry.

"They understand that their military, which was built on Russian weapons, probably doesn't have a future with Russian weapons anymore because our sanctions have pulled back the military-industrial complex of Russia -- and it's not coming back anytime soon," she said.

China said this week it plans to continue strengthening strategic ties with Russia, showing the relationship remains solid despite growing concerns over war crimes committed by Putin's forces. At the same time, Chinese companies have been complying with U.S. sanctions even though the government opposes them on grounds of sovereignty.

India has largely taken the same view as China on the war, supporting calls for a cease-fire and diplomatic solution while abstaining at the United Nations on votes for draft resolutions condemning Russia. The administration of Prime Minister Narendra Modi, who spoke with President Joe Biden earlier this month, has told the U.S. it needs Russian weapons to secure its border with China and the alternatives are too expensive.

Meanwhile, a senior diplomat for the Czech Republic, which will assume the EU's rotating presidency later this year, warned Beijing that its cooperation with Moscow risks undercutting ties with Brussels. Czech Deputy Foreign Minister Martin Tlapa met with a delegation led by China's special representative to Central and Eastern Europe, Huo Yuzhen, in Prague to debate the so-called 16-plus-1 format that Beijing has used to foster closer ties in the former Eastern Bloc.

"We used the meeting to express again our reservations to current Chinese cooperation with Russia," Foreign Ministry spokeswoman Lenka Do wrote in an emailed statement. The Czechs have already warned that "any kind of Chinese support of Russia will hurt its relation with the EU," she wrote.