The 60-year-old billionaire became one of Barack Obama's most prolific fundraisers in 2012 and was reportedly contributing more than $87 million in funds exclusively to liberal candidates during the 2016 election cycle. 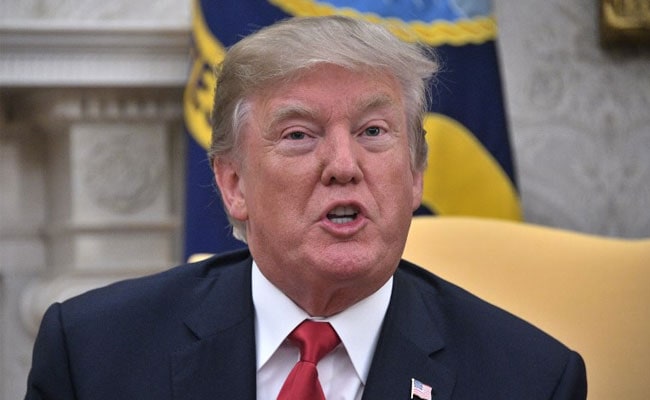 In an ad on Youtube, Mr Steyer listed the reasons why President Donald Trump should be impeached

New York: US billionaire Tom Steyer kicked off an online and TV advertising campaign against President Donald Trump on Friday, asking people to write letters to Congress members for the president's impeachment.

In a one-minute-long video ad posted on Youtube, Mr Steyer, who is from California, calmly listed the reasons why the president should be impeached, including "brought us to the brink of nuclear war, obstructed justice at the FBI, taken money from foreign governments and threatened to shut down news organisations that reported the truth", Xinhua reported.

Mr Steyer also blamed the members of the Congress in the ad, saying that "people in Congress and his own administration know this president is a clear and present danger who is mentally unstable and armed with nuclear weapons, and they do nothing".


So, Mr Steyer called on people who viewed the ad, which was paid by himself for $10 million, to raise voices together to tell their members of the Congress that they have moral responsibility to "stop doing political, start to doing right".

Mr Steyer, the former hedge-fund manager, at the same time launched a website www.needtoimpeach.com to collect signatures for a petition.

On the website, Mr Styer wrote an open letter to "elected official," saying "I am asking you today to make public your position on the impeachment of Donald Trump, and to urge your federal representatives to remove him from office at once".

Mr Steyer is a leading Democratic activist and fundraiser.

The 60-year-old billionaire became one of Barack Obama's most prolific fundraisers in 2012 and was reportedly contributing more than $87 million in funds exclusively to liberal candidates during the 2016 election cycle.
Comments
United stateDonald Trump