US Air Strike Kills 13 Of Same Family In Afghanistan

US Forces-Afghanistan said it has launched an investigation into the incident. 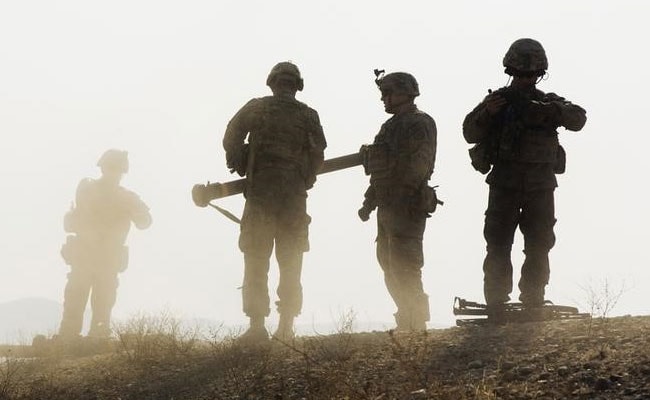 Puli Alam, Afghanistan: Thirteen civilians from the same family were killed and another 15 wounded in a US air strike on Taliban fighters in eastern Afghanistan, Afghan authorities said on Thursday.

US Forces-Afghanistan said it has launched an investigation into the incident which an Afghan official said also killed more than a dozen fighters hiding in a house in Dasht-e-Bari village in volatile Logar province near Kabul on Wednesday.

It comes days after Afghan officials said the country's own air force killed up to 13 civilians in separate strikes targeting a Taliban base in the western province of Herat.

"In the operation the US forces came under the attack by the Taliban and foreign forces returned fire and forced the Taliban insurgents to hide in the civilian houses nearby," Saleem Saleh, a spokesman for the Logar provincial governor, told AFP.

"Then the foreign forces called in air support and bombed the civilian house which led to civilian casualties."

Saleh said the victims were from the same family and most of the dead were women and children.

"I heard two big bangs and when I went out of my home I saw the building which was bombarded was totally destroyed," Nazar Khan Kochi told AFP.

"We pulled out the dead bodies from the rubble and debris and buried them.

"It was a very painful day for us," he said, describing the incident as a "massacre" and adding no Taliban were among the dead.

Photos showed dead women and children wrapped in shrouds as relatives prepared to bury them.

The US is the only foreign force currently carrying out air strikes in Afghanistan.

The US military said it has launched an official probe into the incident which comes three weeks after a US air strike allegedly killed 11 civilians in neighbouring Nangarhar province -- charges the Americans have vehemently denied.

"United States Forces-Afghanistan takes all allegations of civilian casualties seriously and is working with our Afghan partners to determine the facts surrounding this incident (in Logar)," it said in a statement.

Ordinary Afghans have borne the brunt of the grinding conflict which began in October 2001, with record high civilian deaths this year.

In the first half of the year, 1,662 civilians were killed and more than 3,500 injured, with deaths in Kabul accounting for nearly 20 per cent of the total number, according to a UN Assistance Mission in Afghanistan report published last month.
Comments
Afghan air force strikeUS air strike