Unsolved For 25 Years, Murder Case Gets New Lead: A Tip From The Killer

The call that Johnny Dwight Whited placed to the Decatur, Ala., police department has helped crack the cold-case murder of Christopher Alvin Dailey, a 26-year-old man who was found shot to death in a wooded area just outside the city in April of 1995. 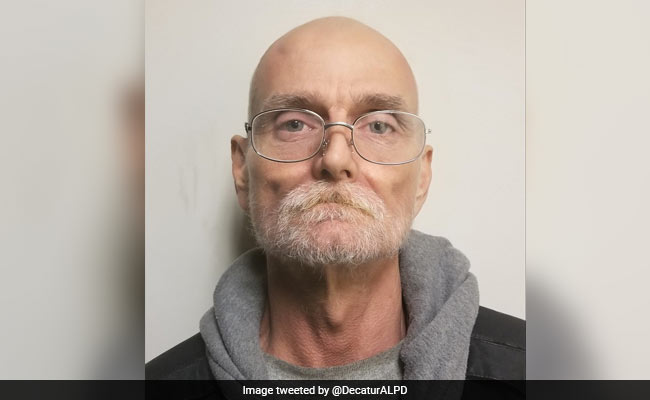 Sean Mukaddam and other officers met with Johnny Dwight Whited, who reenacted the scene for police.

Decatur Police Detective Sean Mukaddam has seen a lot in his 15 years on the job, including a triple murder, a septuple murder and a juvenile murder in just the past few months alone. But when he picked up his phone on Nov. 18, he wasn't prepared for what the caller had to say.

"The first thing out of his mouth was: 'I want to confess to a murder I did years ago,' " Mukaddam said. "It's the kind of phone call you don't get every day."

The call that Johnny Dwight Whited placed to the Decatur, Ala., police department has helped crack the cold-case murder of Christopher Alvin Dailey, a 26-year-old man who was found shot to death in a wooded area just outside the city in April of 1995.

Mukaddam was initially skeptical when Whited, 53, couldn't remember what year he allegedly killed Dailey. Detectives consulted a chart detailing all of the area homicides since the 1980s and were able to narrow down the case to a year and location while Mukaddam tested the caller's credibility by posing only questions someone involved in the case would know.

Whited, who lived in neighboring Trinity, Ala., wanted to meet. Mukaddam still had his suspicions that the call could be a prank - or worse, an ambush.

"On the phone, I was a little pessimistic; this kind of thing just doesn't happen," Mukaddam told The Washington Post. "Confessions take time to get to that point - you don't start with the confession and work backward."

Mukaddam and other officers met with Whited, who reenacted the scene for police.

Speaking through the slider window from the back of a patrol car, Whited had the officers turn right. Then left. Then they stopped at a gate that hadn't existed in 1995. They got out of the car and Whited led them a quarter mile to the gravely area where 25 years earlier, Christopher Dailey's tan 1983 Toyota Tercel was found partially submerged in the Tennessee River with a rock tied to the accelerator.

That's when Mukaddam was finally convinced Whited's call had been legitimate.

"Yeah, he could have rehearsed it, but it really started to click then," he said. "He gave me specifics about the vehicle and how it entered the river - things only crime scene techs would know."

As he continued to interview Whited, first came remorse, followed by the revelation that Whited was terminally ill.

"He said he was sorry multiple times. He was embarrassed about it; I can tell it had been weighing on him for a long time," said Mukaddam who declined to elaborate on the specifics of their conversation citing the forthcoming preliminary hearing.

"It's not an excuse," he added. "He killed somebody. He should have come forward all those years ago."

Mukaddam said Whited confessed because he "wanted to get it off his chest." He declined to discuss a potential motive, but said Whited did not know Dailey before the murder.

Both Mukaddam and Griff Belser, Whited's appointed counsel, would not elaborate on Whited's illness, but Al.com and other local media reported it to be stage-four lung cancer.

In another odd twist, there was initial confusion as to whether Whited had already been arrested, Belser said. When he was appointed to Whited's case last week, he was already representing Whited's son, who shares the same first and last name and was facing an unrelated drug charge.

The elder Whited was still being held in jail on $15,000 bond as of Tuesday.

"This is a strange set of facts and events that led us to where we are right now," Belser told The Post on Tuesday. "Regardless of how it came to be, I still have a duty to represent him as I would any defendant facing changes," he said. Despite making a confession to police, Whited is still presumed innocent by law, Belser added.

Attempts to contact Dailey's surviving family members were unsuccessful Tuesday. Mukaddam said he had spoken to the family and described them as grateful for the break in the case.

"They had some answers finally, after 25 years," Mukaddam said. "They thought it was never going to get solved."

Dailey's family had reported him missing on April 26, 1995, a full day after he was last seen at an employee meeting at the Huntsville Hilton Hotel where he worked as a server, according to the Decatur Daily.

An hour before Dailey was reported missing, two 17-year-olds collecting leaves for a nature collection had reported they discovered an unidentified body near a former logging road with a single gunshot wound to the head.

Dailey's car, along with his ID and wallet, were found half-sunken in the river roughly four miles away.

Despite an intense investigation, with no suspects, witnesses, recovered weapons or motives, the case soon went cold. The Decatur Daily reported at the time Decatur Police Sgt. John Bradford called the case a "real whodunit."

Mukaddam credited the original investigators for their work and caught a few lucky breaks himself: Nadis Carlisle, the lead detective on the 1995 case, is now a police chief in a neighboring jurisdiction and was able to quickly coordinate with Mukaddam after Whited's call.

The case struggled at the time without the technology that police routinely use today, like digital surveillance footage, powerful vehicle databases and location-specific cellphone data.

"Those detectives did a good job back then," Mukaddam said. "They're the ones who did all the hard work; I just closed the [last page] of the book they wrote."