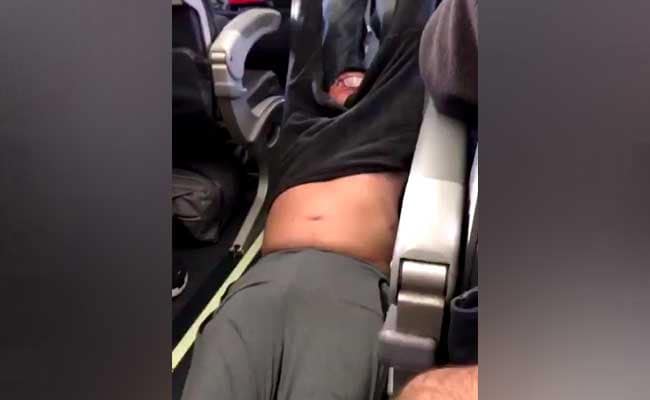 United Airlines staff violently pulled an Asian passenger from his seat and down the aisle.

Chicago, United States: The chief executive of embattled United Airlines unequivocally apologised Tuesday for an incident in which a passenger was dragged off a plane, and promised a "thorough review" of the airline's practices.

The apology came after mounting criticism of the carrier's actions stemming from a Sunday flight, when a passenger was dragged off a plane and bloodied in the process.

The US Department of Transportation promised to investigate the incident.

"I continue to be disturbed by what happened on this flight and I deeply apologize to the customer forcibly removed and to all the customers aboard," Munoz said Tuesday.

"I want you to know that we take full responsibility and we will work to make it right."

The comments were in contrast to Munoz's earlier statements. US media published a company email the CEO sent to employees, in which he appeared to put partial blame for the incident on the 69-year-old passenger, saying he "defied" authorities and "compounded" the incident.

"Our employees followed established procedures for dealing with situations like this," Munoz wrote.

But the CEO said Tuesday that the company will conduct a "thorough review" of its procedures, including "how we handle oversold situations" and how the airline partners with airport authorities and law enforcement.

Munoz promised to produce the results of the review by April 30.

The passenger was one of four involuntarily bumped off the overbooked Chicago to Louisville, Kentucky flight, and was the only one who refused to leave.

Passengers recorded video of three Chicago airport security officers confronting the man, one officer grabbing him as he screamed and dragging him by his arms down the plane's isle.

Promoted
Listen to the latest songs, only on JioSaavn.com
That officer was placed on leave by Chicago's Department of Aviation.

The online videos of the incident caused an international social media firestorm.