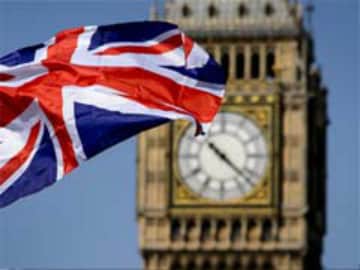 Geneva: Hundreds of children are believed to have been kidnapped in Africa and brought to Britain for brutal voodoo rituals, a UN watchdog said today, urging London to step up its fight against the scourge.

"We're concerned about reports that hundreds of children have been abducted from their families in Africa and trafficked to the UK, especially London, for religious rituals," said Kristen Sandberg, head of the UN Committee on the Rights of the Child.

"They are used in so-called voodoo rituals, and are also raped and sexually abused. The number of convictions is extremely low," said the former Norwegian supreme court judge.

British police are reported to have recorded scores of cases over the past decade of children who have faced torture and abuse as part of witchcraft rituals.

The case of eight-year-old Victoria Cimbie -- born in Ivory Coast -- brought the issue into the public eye in 2000 when she was killed by relatives who said she was a witch.

They were jailed for life.

A year later, police found the dismembered corpse of a Nigerian boy in London's River Thames, believed to have been used in a ritual.

And in 2010, 15-year-old Kristy Bamu died after being tortured by his sister and her partner, both originally from the Democratic Republic of Congo, who claimed he was cursed.

The British government launched a campaign against faith-based child abuse in 2012, saying there was a need to make a stand, working with African migrant associations.

Critics have pointed to what they say is a tendency to view ritual abuse differently from other forms.

They argue that while the authorities need to raise awareness of the problem, they already have the tools to fight it, and that it is a matter of using them better.

Sandberg said child trafficking for rituals was part of a wider problem, with thousands of minors brought into Britain every year for sexual exploitation and labour.

The UN committee is made of up 18 independent experts who monitor the implementation of international children's rights treaties.

Promoted
Listen to the latest songs, only on JioSaavn.com
It held a hearing with British officials last month.

In its conclusions on that session, released Thursday, it said Britain should "strengthen the capacity of law-enforcement authorities and judiciary to detect and prosecute trafficking of children for labour, sexual and other forms of exploitation, including for religious rituals".