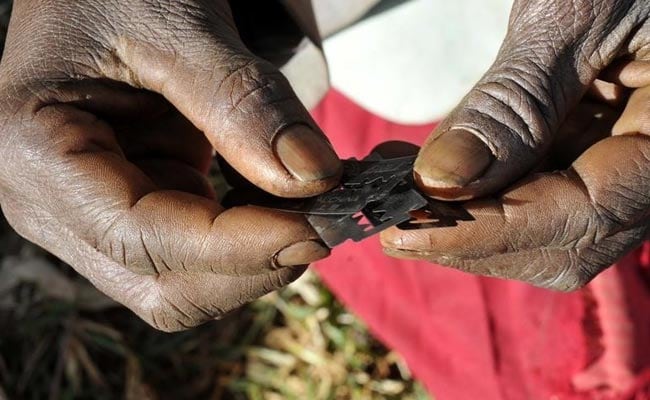 London: More than 200 million girls and women globally have suffered genital mutilation, far higher than previously estimated, which highlighted the need to accelerate efforts to eradicate the practice, the United Nations said on Friday.

"If current trends continue the number of girls and women subjected to FGM will increase significantly over the next 15 years," the UN children's agency UNICEF said on the eve of International Day for Zero Tolerance of FGM.

The UNICEF data covers 30 countries, but half of girls and women who have been cut live in just three countries - Egypt, Ethiopia and Indonesia.

But this is largely due to the inclusion of data from Indonesia which was left out in 2014 because there were no reliable national figures at the time.

"In every case FGM violates the rights of girls and women. We must all accelerate efforts - governments, health professionals, community leaders, parents and families - to eliminate the practice."

The ancient ritual - practised across a swathe of African countries and pockets of Asia and the Middle East - usually involves the partial or total removal of a girl's external genitalia.

In its most extreme form the vaginal opening is also sewn up. In many countries girls are commonly cut before their fifth birthday.

Communities which support FGM often consider it a prerequisite for marriage. Many also see it as a religious obligation although it is not mentioned in the Koran or Bible.

But FGM can cause a host of physical and psychological problems. In some cases girls can bleed to death or die from infections caused by dirty blades.

Gupta said collecting data to determine the magnitude of FGM was essential for eliminating the practice.

The country with the highest rate of FGM remains Somalia where figures show 98 percent of girls and women aged between 15 and 49 have been cut. Guinea, Djibouti and Sierra Leone also have very high rates.

Overall, FGM prevalence rates have fallen in the last three decades but progress has been uneven, UNICEF said.

Countries which have seen sharp declines include Liberia, Burkina Faso and Kenya. The data also indicates widespread disapproval of the practice in many countries.

The report does not include data from all countries where FGM has been reported. Those left out include India, Colombia, Malaysia, Oman, Saudi Arabia and the United Arab Emirates.
© Thomson Reuters 2016