Russia Ukraine War: The Red Cross and UN had said earlier that 101 civilians were evacuated from the tunnels of the plant in Ukraine's battered city of Mariupol, but warned that others remain trapped. 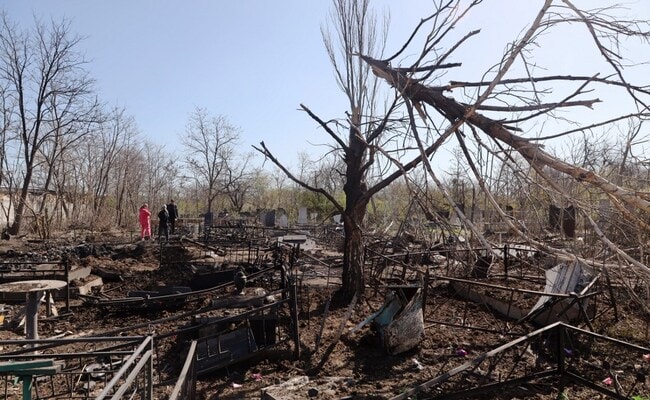 Ukraine War:UN says that humanitarian pauses will allow civilians safe passage away from the fighting.

The UN secretary-general said Tuesday he hopes Ukraine and Russia can organize "more humanitarian pauses," such as the one that allowed the evacuation of about 100 Ukrainian civilians from the Azovstal steel plant.

The Red Cross and UN had said earlier that 101 civilians were evacuated from the tunnels of the plant in Ukraine's battered city of Mariupol, but warned that others remain trapped.

It was the first completed civilian evacuation from the giant steel factory, where Ukrainian soldiers and civilians have for weeks been trapped, hiding as Russian forces besieged and pummeled the city.

"I hope the continued coordination with Kyiv and Moscow will lead to more humanitarian pauses that will allow civilians safe passage away from the fighting and aid to reach people where the needs are greatest," Antonio Guterres said in a statement, without specifying which locations he meant.

During a video press conference with journalists at the UN headquarters in New York, the UN humanitarian coordinator for Ukraine, Osnat Lubrani, also expressed hope the evacuation -- which took place over the weekend -- could be repeated elsewhere.

In the Azovstal plant, "there are civilians still trapped, some of them may have been afraid to come out. Some of them probably couldn't make it," Lubrani said, though she was unable to specify the number of people who remained.

There must be "additional engagement and continued engagement between the parties with support of the United Nations and the ICRC to continue looking for, planning to do more operations like this to save lives" in Ukraine, she said, referring to the International Committee of the Red Cross by its acronym.