Ukraine war: More than half of those who have fled Ukraine are now in Poland, with the UNHCR saying on Monday 1,204,403 refugees were now in the country. 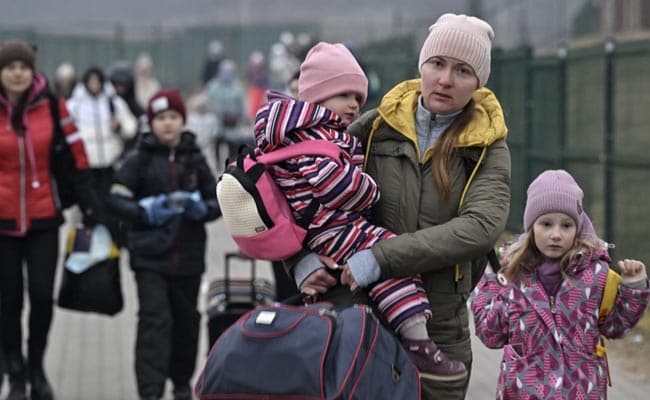 More than two million people have now fled Ukraine since Russia launched its full-scale invasion on February 24, according to the latest data from the United Nations on Tuesday.

"Behind the monolithic statistics are two million stories of separation, anguish, and loss," he said.

Families have been "senselessly ripped apart", plunged into "despair and unimaginable suffering" by the "brutal war", he said.

Authorities and the UN expect the flow to intensify as the Russian army advances deeper into Ukraine, particularly as it approaches the capital, Kyiv. 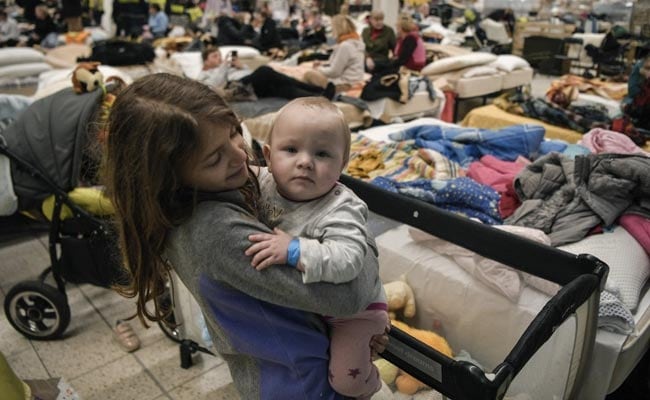 Before Russia invaded, more than 37 million people lived in Ukrainian territory under the control of the central government.

Besides those who have left, an unknown number have been displaced from their homes within the country.

The International Organization for Migration said that 103,000 third-country nationals were among those who have fled.

"There are countless tens of thousands of others who remain in the country stranded," IOM spokesman Paul Dillon said, citing a mixture of overseas students and workers.

He announced a partnership with Airbnb to connect refugees to free or heavily discounted short-term housing in neighbouring countries, with more than 26,000 hosts having signed up so far. 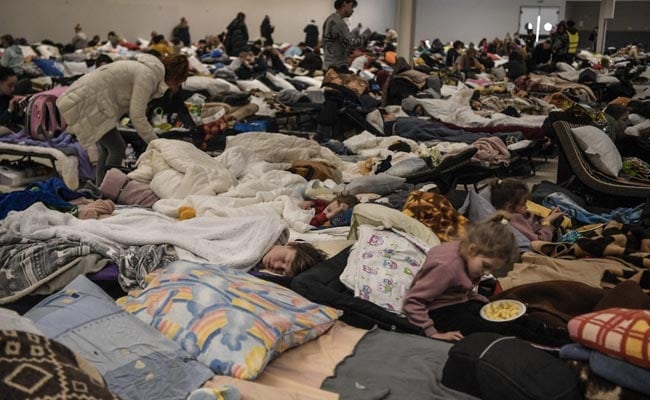 Here is a breakdown of where Ukrainian refugees are, according to the UN Refugee Agency:

More than half of those who have fled Ukraine are now in Poland, with the UNHCR saying on Monday 1,204,403 refugees were now in the country.

Poland has championed the cause of Ukrainian refugees. The government has set up reception centres and charities have mobilised in a massive aid effort, helped by the estimated 1.5 million Ukrainians already living in the EU member state.

The Polish government on Monday proposed a law making it easier for Ukrainian refugees to stay by allowing Ukrainians to remain in Poland for 18 months and renew their permit for a further 18.

Ukrainians would also be allowed to work and access both healthcare and schools.

Some 210,239 people have fled Ukraine to other European countries, according to the UNHCR.

The country has five border crossings with Ukraine and several border towns, including Zahony, have turned public buildings into relief centres, where Hungarian civilians are offering food or assistance.

Across Ukraine's shortest border, some 140,745 refugees are now in Slovakia.

The UNHCR says the number of refugees who have crossed Ukraine's longest border into Russia since the invasion is 99,300.

The UNHCR says that an additional 96,000 people moved to Russia from the separatist eastern Donetsk and Lugansk regions between February 18 and 23, in the days before the Russian invasion.

Some 82,762 refugees were now in Moldova, according to figures updated to the end of Sunday, though many thousands more have passed through the non-EU state on their way to other countries.

According to the UNHCR, many refugees are continuing on to Romania or Hungary, often to reunite with family.

Prime Minister Natalia Gavrilita said Sunday that more than 230,000 people have crossed the border from Ukraine.

Some 82,062 refugees from Ukraine are now in Romania, according to latest figures dated to the end of Sunday.

Two camps have been set up, one in Sighetu Marmatiei and the other in Siret.

Some 453 refugees had made it to Belarus, according to UNCHR.