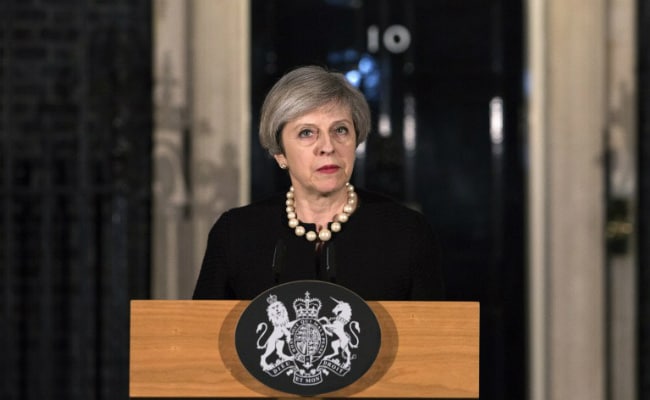 Inside House of Commons where 400-odd MPs were locked inside following the attack on UK Parliament.

London: Both houses of the British parliament will sit as usual on Thursday, officials said, following an attack outside the building on Wednesday in which four people died.

We can confirm that both the House of Commons and the House of Lords will sit tomorrow at their normal times.

At least 20 people were also injured after a car ploughed into pedestrians and an attacker stabbed a policeman outside parliament, in what police called a terrorist incident.

British Prime Minister, Theresa May said that her thoughts with victims of 'appalling' attack.

British Prime Minister Theresa May's thoughts are with those killed and injured in the terror attack outside parliament on Wednesday, her Downing Street office said.

"The thoughts of the PM and the government are with those killed and injured in this appalling incident, and with their families," a spokesman said.

Five people died and at least 40 injured in London on Wednesday after a car ploughed into pedestrians and an attacker stabbed a policeman close to the British parliament, in what police called a terrorist incident.

The dead included the assailant and the policeman he stabbed, while the other two victims were among the pedestrians hit by the car as it tore along Westminster Bridge, which is right next to parliament.

Promoted
Listen to the latest songs, only on JioSaavn.com
Theresa May will chair a meeting of the government's emergency security committee on Wednesday after what the police described as a "terrorist incident" outside the parliament building.

"There is a COBR meeting taking place today," a spokesman at the office of the British Prime Minister said on Wednesday.