Typhoon Jebi: Strongest Storm In 25 Years In Japan, All You Need To Know

Typhoon Jebi left a trail of destruction in the cities of Kobe, Kyoto and Osaka, killing 11 people and injuring hundreds more. 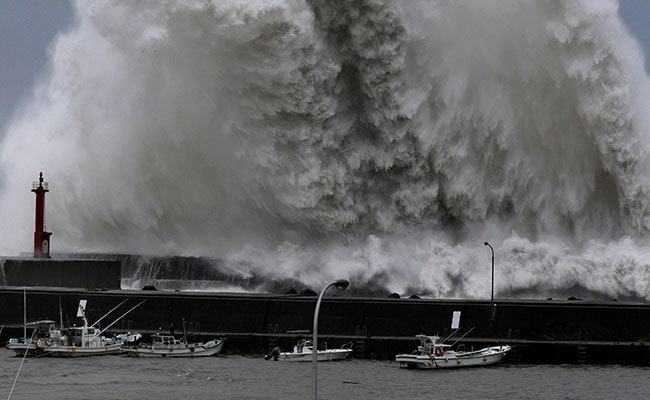 Japan Typhoon Jebi is the 21st typhoon of the season.

Typhoon Jebi is the worst storm to hit Japan in 25 years and has left a trail of destruction in the cities of Kobe, Kyoto and Osaka, killing 11 people and injuring hundreds more. Winds up to 216 kilometres per hour ripped off roofs, overturned trucks and swept a 2,500-ton tanker into a bridge leading to Kansai International Airport. Over 3,000 travellers were left stranded after the damage to the bridge left the artificial island housing the airport temporarily cut off. According to Kansai Electric, more than 400,000 households were still without power.

Typhoon Jebi, the 21st typhoon of the season, made landfall in Tokushima prefecture on Japan's smallest main island of Shikoku on Tuesday and moved quickly over the mainland.

The typhoon brought widespread disruption to air and rail travel, paralyzing the country's second-largest population centre. Hundreds of flights, ferry services and some bullet trains were also cancelled due to typhoon Jebi.

More than 1.2 million people had been advised to leave their homes as typhoon Jebi approached the Kansai area.

After hitting western Japan, Jebi is set to speed up further as it passes over the main island of Honshu and into the Sea of Japan, where it will weaken. The authorities have warned of very strong winds and heavy rain in Tokyo.

Japan is regularly hit by powerful typhoons in the summer and autumn, many of which cause flooding and landslides in rural areas. Recent years have seen an increase in the number of typhoons directly hitting Japan, with at least four making landfall every year since 2014.

Earlier this year, torrential rains lashed the west of the country, sparking flooding that killed more than 200 people. The sustained rain caused widespread flooding and landslides in July, devastating entire villages and forcing thousands from their homes.