Typhoon Jebi, the 21st typhoon of the season, made landfall in Tokushima prefecture on Japan's island of Shikoku and is on path to strike Osaka, Kyoto and Kobe. 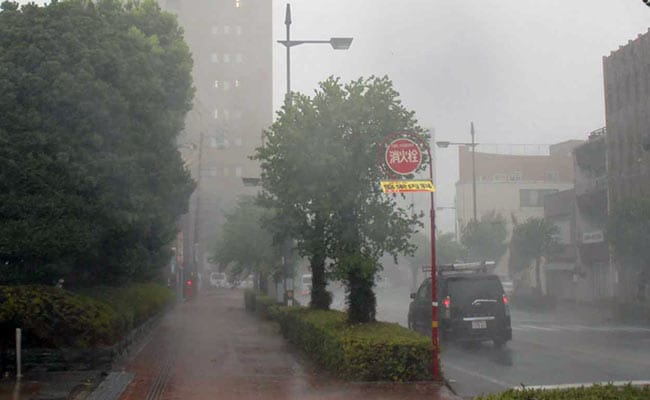 Typhoon Jebi in Japan: Authorities called on residents to avoid any unnecessary trips outside.

Typhoon Jebi made landfall in western Japan on Tuesday, believed to be the strongest tropical cyclone to come ashore in Japan in 25 years. The storm has paralyzed Japan's second-largest population center, with flights and trains canceled across the region and companies forced to temporarily close their plants.

Jebi, the 21st typhoon of the season, made landfall in Tokushima prefecture on Japan's smallest main island of Shikoku, and is on path to strike the part of the country home to Osaka, Kyoto and Kobe. The typhoon was carrying strong winds of up to 162 kilometers per hour (100 mph), according to the Japan Meteorological Agency.

The typhoon has disrupted business in one of Japan's main industrial centers. West Japan Railway Co. halted all local services in the area's three main cities by noon. Shinkansen high-speed trains between Osaka and Hiroshima were canceled from mid-morning, with the operator warning it might not be able to restart services for the rest of the day. Services from Tokyo to Osaka were running reduced operations. 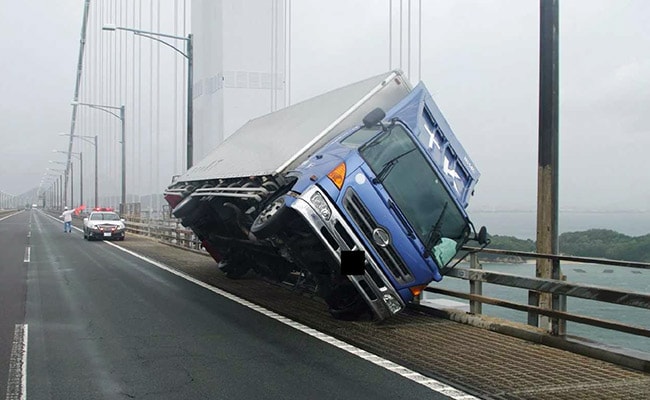 Authorities called on residents to avoid any unnecessary trips outside, and Prime Minister Shinzo Abe called off a planned trip to Fukuoka in the southern island of Kyushu to deal with the disaster response.

Toyota Motor Corp. halted operations at most of its group plants, with its unit Daihatsu set to make a decision on production later today. Honda Motor Co. stopped its Suzuka plant in Mie prefecture, while Kyoto-based Kyocera Corp. and Murata Manufacturing Co. said they will close some of their facilities.

After hitting western Japan, Jebi is set to speed up further as it passes over the main island of Honshu and into the Sea of Japan, where it will weaken. While Tokyo will be spared the worst of the storm, authorities have warned of very strong winds and heavy rain even in the capital.

The typhoon is also bringing further downpours to areas that were devastated by sudden rainfall in early July that killed more than 200 people. Jebi is predicted to bring heavy rains through Wednesday.

Jebi is the fourth typhoon to make landfall in Japan this season. Recent years have seen an increase in the number of typhoons directly hitting Japan, with at least four making landfall every year since 2014.