The twin engine King Air plane went down near an airfield on Oahu island's North Shore, according to Hawaii's Department of Transport (HDOT). 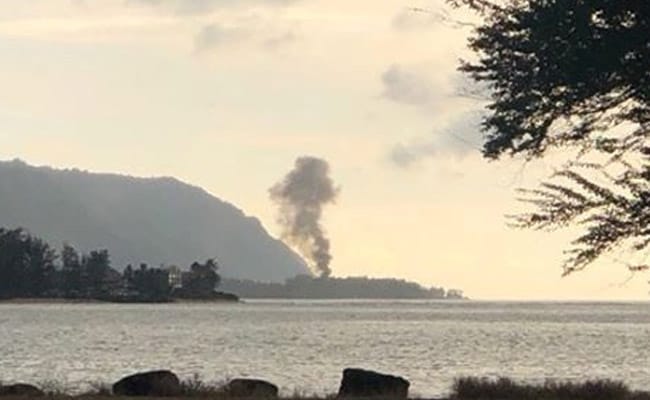 The twin engine King Air plane went down near an airfield on Oahu island's North Shore, according to Hawaii's Department of Transport (HDOT).

"With extreme sadness HDOT reports there were 9 souls on board... with no apparent survivors," it said on its Twitter account.

Honolulu Fire Department Chief Manuel P. Neves confirmed there were no survivors. He said the aircraft was a skydiving plane that crashed at 6.30pm (0430 GMT) on takeoff, according to local news channel Hawaii Now.

TV footage showed flames billowing into the air from the wreckage.

According to its website, the single-runway Dillingham Airport primarily serves commercial glider and sky diving operations.

Honolulu mayor Kirk Caldwell said in a tweet he was "closely following" developments, and that "our thoughts and prayers are with the family and friends of the victims."

(Except for the headline, this story has not been edited by NDTV staff and is published from a syndicated feed.)
Comments
Hawaii plane crashHawaii