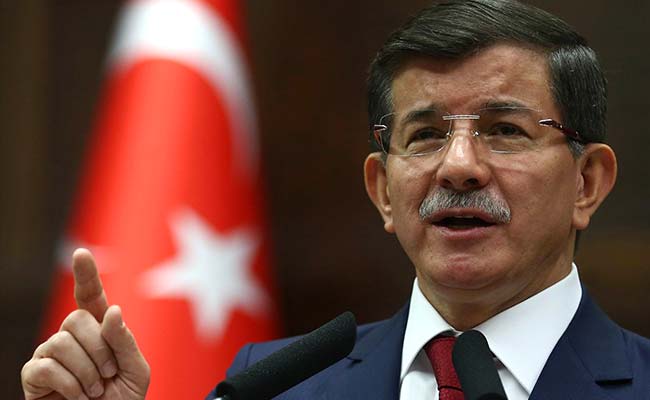 Ankara: Turkey has no plans to intervene militarily in Syria anytime soon, Prime Minister Ahmet Davutoglu said, refuting media speculation about an imminent operation to create a buffer zone along the Turkish-Syrian border.

"No one should expect that Turkey will go into Syria tomorrow or in the near future. It's speculation," Davutoglu told the private Kanal 7 broadcaster in an interview late Thursday.

While Turkey would "not wait" to act in Syria "in the event of a threat to domestic security" Davutoglu said a unilateral intervention was "out of the question" under the current conditions.

"We will never allow ourselves to be led down that road," he said. "Our people can rest easy."

Speculation has been swirling for days in Turkish media that the government is planning to intervene in Syria to push Islamic State jihadists back from the border and halt the advance of Kurdish forces who have made gains against the extremists in the area.

Turkey's government fears that the growing assertiveness of Kurds in Syria will embolden Turkey's own 15-million-strong Kurdish minority.