Noel Cintron, who is listed in public records as a registered Republican, sued the Trump Organization for about 3,300 hours of overtime that he says he worked in the past six years. 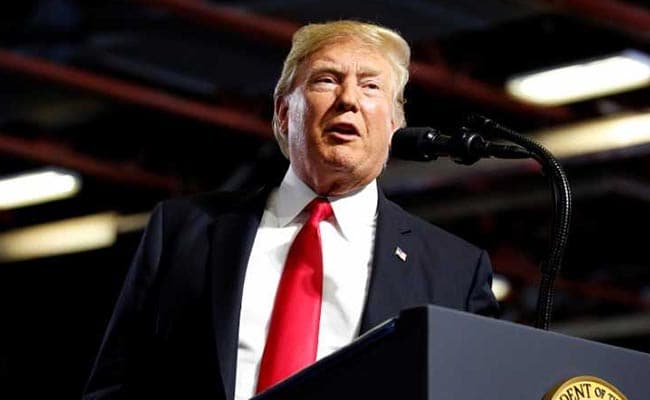 Donald Trump's personal driver for more than 25 years says the billionaire real estate developer didn't pay him overtime and raised his salary only twice in 15 years, clawing back the second raise by cutting off his health benefits.

Noel Cintron, who is listed in public records as a registered Republican, sued the Trump Organization for about 3,300 hours of overtime that he says he worked in the past six years. He's not allowed to sue for overtime prior to that due to the statute of limitations.

"In an utterly callous display of unwarranted privilege and entitlement and without even a minimal sense of noblesse oblige," Trump and his businesses exploited the driver, Cintron says in the complaint.

The driver's allegations echo those of other Trump employees or contractors who have sued the president or his businesses over the years claiming he has underpaid them or failed to honor promises to compensate them for their work. They have included mortgage brokers, landscapers and electricians who say they were stiffed on commissions or fees.

Last year, one of Trump's luxury golf resorts in Florida was ordered by an appeals court to pay more than $32,000 to a supply company that claimed it wasn't paid for paint that was used to spruce up the property.

"Mr. Cintron was at all times paid generously and in accordance with the law," Trump Organization spokeswoman Amanda Miller said in a statement. "Once the facts come out we expect to be fully vindicated in court."

DONALD TRUMP WILL SEE YOU IN COURT

The wage bump in 2010 came with a catch, Cintron said. He was induced to surrender his health insurance, saving Trump approximately $17,866 per year in premiums, according to the lawsuit.

"President Trump's further callousness and cupidity is further demonstrated by the fact that while he is purportedly a billionaire, he has not given his personal driver a meaningful raise in over 12 years!" Cintron said.

Cintron, 59, lives in Queens, New York, his lawyer, Larry Hutcher, said in a phone interview. The driver started working for the Trump Organization about 30 years ago, and worked his way up to chauffeuring the president-to-be. He declined to comment to reporters outside his home.

Cintron said he was Trump's personal driver until the Secret Service took over.

In addition to the unpaid overtime, Cintron claims the Trump Organization failed to provide annual wage notices as required by New York law. Cintron is seeking about $200,000 in damages, Hutcher said.