Trump Set Up A Hotline For Information About Criminal Aliens; Twitter Trolls Took Him Literally 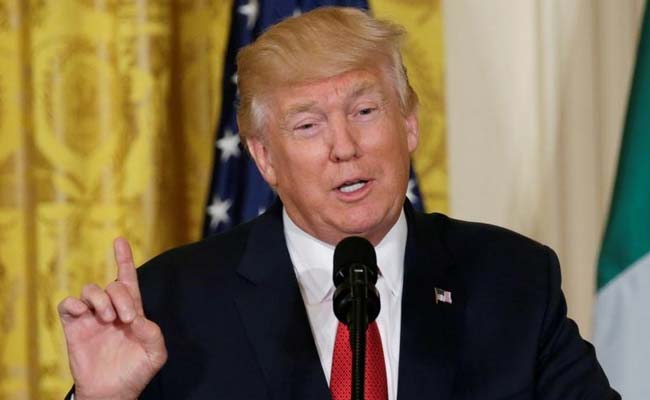 When President Donald Trump announced his hotline for victims of immigration crimes to a joint session of Congress, he got loud boos and groans from the assembled elected officials, worried about painting immigrants broadly as violent criminals.

But watching from home, Alexander McCoy saw an opportunity for a monumental Twitter prank and a subtle act of civil disobedience. It was based, he told The Washington Post, on his seething anger at how Trump thinks of immigrants - and a pun.

If the president wanted Americans to call the VOICE hotline to talk about aliens behaving badly, McCoy thought, well, that's what Americans should do.

McCoy, a Marine Corps veteran, wrote a tweet on April 26, which, not so coincidentally, was #AlienDay on Twitter, a tie-in with an upcoming movie:

"Wouldn't it be a shame if millions of people called this hotline to report their encounters with aliens of the UFO-variety."

The internet got the joke and launched a thousand memes. Then, people started inundating the hotline with reports of aliens in action.

A spokesman for Immigration and Customs Enforcement didn't respond to calls or messages seeking comment for this report.

In an email to CNN, the agency said, "The campaign to generate hoax calls is disrespectful to victims of crime and their families, and a waste of government resources. Tying up a hotline with hoax calls is neither an appropriate nor constructive way to express one's opinions and it may prevent legitimate victims of crime from receiving the information and resources they seek."

The agency said it would "adjust resources, if necessary," to deal with the prank calls.

Meanwhile, ICE took to Twitter to send a message to all the pranksters: Stop.

In an interview with The Washington Post, McCoy said he saw the whole alien thing as more than a prank: It's a form of modern civil disobedience.

His heart goes out to crime victims, he said, but there are already programs that help them get support - and VOICE is not one of them. In a news release, ICE said the program directs victims "to a wide range of resources." It also connects them to websites for automated alerts about criminals.

Instead, McCoy said, the goal of his action is to show dissatisfaction with Trump's stance toward immigrants. If people keep calling, he said, maybe the administration will be forced to deactivate the hotline.

Calling the VOICE network to report that Alf is trying to eat cats or Superman has engaged in an act of wanton property damage is absurd, McCoy told The Post. But so is the concept of VOICE.

He told his followers on Twitter that VOICE has an insidious political purpose:

"VOICE exists ONLY to collect anecdotes for Trump and his allies to demonize and dehumanize (our) immigrant neighbors and families," he wrote in tweets.

"There is no reason to create a special office dedicated to collecting stories of just perpetrators from a particular group. None. And doing so proves that VOICE has nothing to do with caring for victims, doesn't center victims, is just a racist propaganda tool."