The Saudis, who Trump considers an important regional partner, are leading a coalition battling Iran-backed Houthi rebels in Yemen. 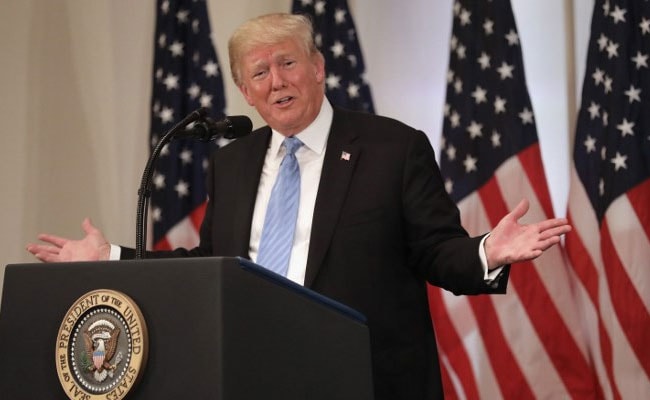 Trump's administration said the measure would hurt US ability to prevent the spread of violent extremism.

The Trump administration threatened on Monday to veto an effort in the U.S. Congress to end U.S. military support for the Saudi Arabia-led coalition in the war in Yemen, continuing a stand-off with lawmakers over policy toward the kingdom.

Democrats and Republicans re-introduced the war powers resolution two weeks ago as a way to send a strong message to Riyadh both about the humanitarian disaster in Yemen and condemn the killing of Saudi journalist Jamal Khashoggi.

The administration said the resolution was inappropriate because U.S. forces had provided aircraft refuelling and other support in the Yemen conflict, not combat troops. It also said the measure would harm relationships in the region and hurt the U.S. ability to prevent the spread of violent extremism.

The White House has angered many members of Congress, including some of President Donald Trump's fellow Republicans, by failing to provide a report by a Friday deadline on the murder of Khashoggi last year at a Saudi consulate in Turkey. Khashoggi was a U.S. resident and columnist for the Washington Post.

"It's hard to feel any affection or some obligation to a regime that does that kind of stuff," Democratic Representative Ed Perlmutter said at a House of Representatives hearing on the resolution on Monday.

The Saudis, who Trump considers an important regional partner, are leading a coalition battling Iran-backed Houthi rebels in Yemen. The war has killed tens of thousands and left millions on the brink of starvation.

Democrats view the war powers resolution as a way to assert Congress' constitutional right to authorize the use of military force in foreign conflicts. Republican opponents of the measure, echoing Trump, argue that support for the Saudis constitutes a security agreement, not the use of force.

The Republican-controlled U.S. Senate passed the war powers resolution in December, the first time such a resolution had passed even one house of Congress. But Republicans, who then controlled the House, did not allow a vote in the lower chamber.

After sweeping election victories, Democrats now have a House majority. They intend to take up the resolution this week.

However, the resolution would struggle to garner the two-thirds majorities needed in both the House and Senate to overcome a Trump veto. Republicans still hold a slim majority in the Senate.