On Tuesday, Trump had said it appeared to have been caused by a "bomb of some kind," citing unnamed US "generals" for the information. 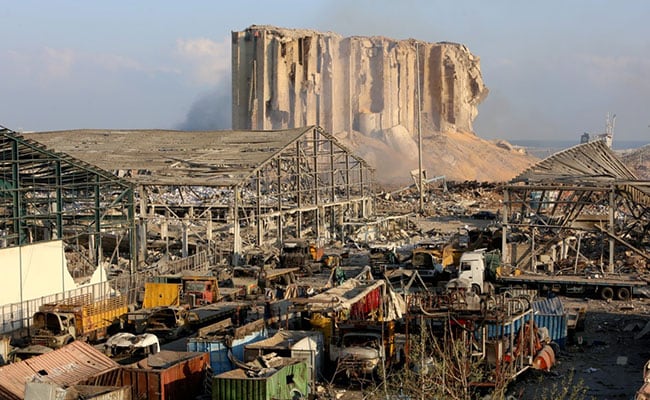 US President Donald Trump said Wednesday the deadly Beirut explosion may have been an accident, after raising eyebrows earlier suggesting it was an attack.

Trump said it is still unclear what happened, although Lebanese officials have blamed the massive eruption on a poorly secured stockpile of highly volatile fertilizer ingredient ammonium nitrate.

On Tuesday he said it appeared to have been caused by a "bomb of some kind," citing unnamed US "generals" for the information.

But on Wednesday the US leader said the question was still unanswered, as he pledged US support to Lebanon.

"I can tell you whatever happened, it's terrible. But they don't really know what it is. Nobody knows yet," he said.

"How can you say accident? Somebody ... left some terrible explosive-type devices and things around perhaps. Perhaps it was that. Perhaps it was an attack. I don't think anybody can say right now."

Trump's comments came after the Pentagon declined to confirm his "generals" claim and Defense Secretary Mark Esper supported the accident explanation for the explosion, which left at least 113 people dead, including at least one American, and thousands injured.

"I'm still getting information on what happened," Esper told the Aspen Security Forum.

"Most believe that it was an accident as reported," he said.

Trump said the United States stands by Lebanon, a longstanding ally in the Middle East but whose powerful political and paramilitary group Hezbollah is designated a terrorist group by Washington.

Pompeo voiced "our steadfast commitment to assist the Lebanese people as they cope with the aftermath of this terrifying event," according to a statement on the call.

He "further stressed our solidarity with and support for the Lebanese people as they strive for the dignity, prosperity and security they deserve."

Pompeo later told a news conference that the United States would unveil measures to support Lebanon "in the coming days."