The president has been searching in vain for a new chief of staff after announcing that John Kelly, a retired general he had reportedly fallen out with, was to leave by the end of the year. 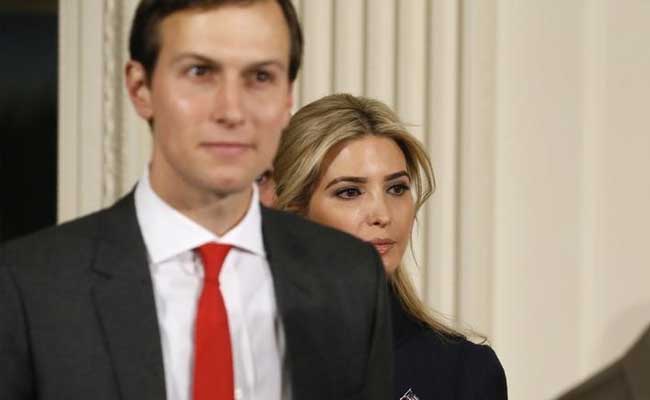 Donald Trump's son-in-law and senior adviser Jared Kushner is on the short-list of potential candidates for the president's next chief of staff, US media said on Thursday.

Kushner, an influential White House adviser and husband of Trump's daughter Ivanka, met with the Republican leader to discuss the job, according to the Huffington Post, which first reported the story.

"I am not aware that he is under consideration but, as I think all of us here would recognize, he would be great in any role that the president chooses to put him in," White House spokeswoman Sarah Sanders said of the news, which was also reported by CBS.

The president has been searching in vain for a new chief of staff after announcing that John Kelly, a retired general he had reportedly fallen out with, was to leave by the end of the year.

Nick Ayres, the 36-year-old chief of staff to Vice President Mike Pence, had been touted as favorite to get the job, but announced he was taking himself out of the running, dealing a blow to the president.

Mark Meadows, a North Carolina Republican who heads the hard-right Freedom Caucus in the House of Representatives, showed more interest -- but also ultimately withdrew his candidacy.

Kushner was a key player in negotiations with Canada and Mexico to preserve a free trade pact between the North American countries.

He has also led efforts to draft a Middle East peace plan that the Trump administration said it will unveil in early 2019.

The 37-year-old has also cultivated close ties with Saudi Crown Prince Mohammed bin Salman, who is accused of playing a role in the murder of journalist Jamal Khashoggi, a case that has rattled the kingdom's ties with the West.

The news is sure to set off warnings of nepotism, however, especially considering that Kushner had no prior experience in government before Trump's election.

Like his father-in-law, he left New York real estate to become one of Washington's most powerful political players.