Canadians Kam McLeod, 19, and Bryer Schmegelsky, 18, are sought in the murders of Australian Lucas Fowler and his American girlfriend, Chynna Deese. 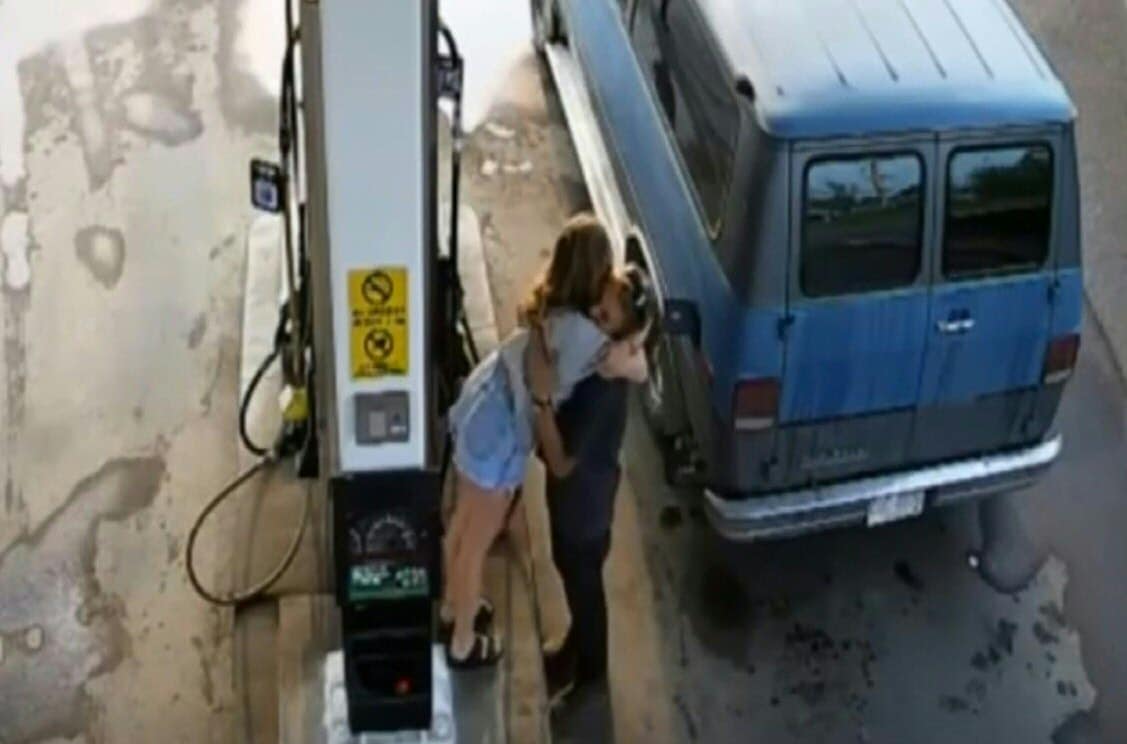 Suspects were last spotted on Monday before police found their vehicle that had been set on fire.

Canadian police said Thursday they have dispatched resources including tracker dogs and crisis negotiators to a remote northern town where a pair of teens wanted in three murders are thought to be holed up.

Canadians Kam McLeod, 19, and Bryer Schmegelsky, 18, are sought in the murders of Australian Lucas Fowler and his American girlfriend, Chynna Deese.

The pair have also been charged with the second-degree murder of a third person, identified by police as Leonard Dyck.

All the victims were discovered in northern British Columbia earlier this month, but the suspects have now been tracked three provinces and hundreds of miles (kilometers) away to the northern Manitoba town of Gillam, police said.

"We believe they are still in the area," Courchaine said, citing two separate sightings of the suspects in the Gillam area.

In an interview with Canadian Press, Schmegelsky's father said his son was deeply troubled and "(wanted) his pain to end."

"He's on a suicide mission... he's going to be dead today or tomorrow," Alan Schmegelsky said of his son, explaining Bryer never recovered emotionally from his parents' divorce in 2005.

"Rest in peace, Bryer. I love you," said the older Schmegelsky, in tears.

The suspects were last spotted Monday before the federal police agency discovered their vehicle in the Gilliam area. It had been set on fire.

Although the suspects had not been seen since, Courchaine added that there had been no vehicles reported stolen that could be attributed to the pair.

"Over the last 48 hours we have received over 80 tips and we continue to ask the public to remain vigilant," she said.

"Canadians can be in absolute confidence that every technique necessary to keep (them) safe is being applied in this case," he said.

Prior to the discovery on Monday of the burnt car, the suspects were last seen in the north of neighboring Saskatchewan province driving a gray Toyota RAV4.

The agency had earlier warned the public against interacting with McLeod and Schmegelsky.

"If you spot them - take no actions -- do not approach -- call 911 or your local police immediately," the RCMP said.

"There's only one road in and one road out," Forman said.

Initially considered missing, the RCMP said on Tuesday that McLeod and Schmegelsky were instead suspects in the shooting deaths of Fowler, 23, and Deese, 24, whose bodies were found on July 15.

Police later found the body of Dyck, believed to be in his 50s or 60s, about 300 miles (480 kilometers) away, near the ruins of a torched pick-up truck believed to have been used by the teen suspects.

Police think the man, described to officers as a "loving husband and father" by his family, was killed late last week.