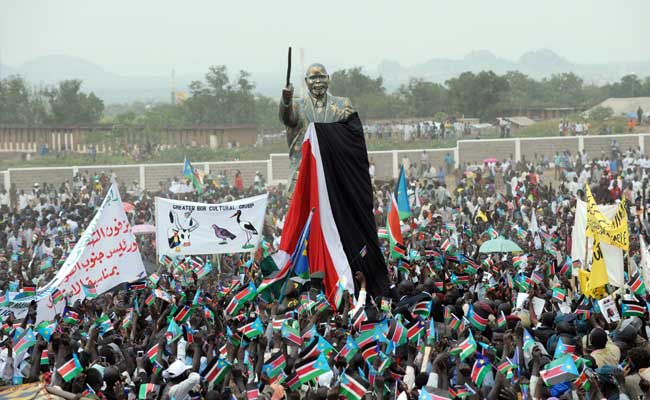 Hundreds have died in the fighting. A Fragile ceasefire appears to be holding in South Sudan's Juba.

Between Friday and Monday, the capital Juba was rocked by clashes between forces loyal to President Salva Kiir and his longtime opponent Vice President Riek Machar.

The two men finally announced a ceasefire late on Monday.

"Three quarters of the population of South Sudan is in need of humanitarian assistance," Cousin told AFP in the Jordanian capital Amman.

"This latest conflict is going to push even more people into hunger and despair," she warned.

Cousin said heavy fighting over two days had forced humanitarian staff into underground bunkers "because the shelling was in Juba and so close to our places of operation.

"We had over 2,000 people taking shelter inside our compound with our staff."

The fragile ceasefire appeared to be holding in Juba on Tuesday.

The violence has raised fears of a return to civil war that broke out in December 2013.

On June 29 -- before the latest violence erupted -- both the United Nations and the Juba government said that more than a third of South Sudanese face starvation as the nation runs the risk of a full-blown famine.