On May 30, Alejandro was found dead in his carrier in a cargo facility at Detroit Metropolitan Airport. 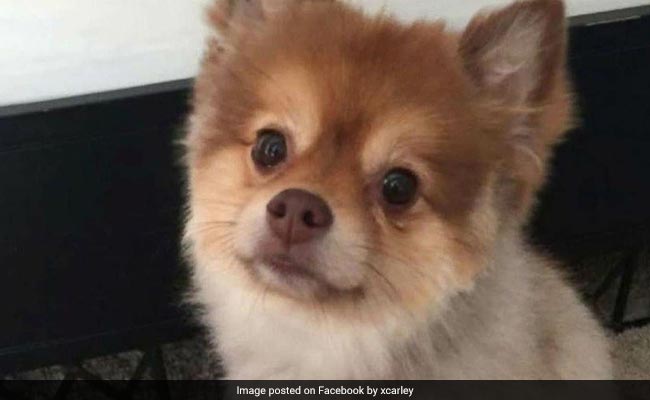 An 8-year-old Pomeranian named Alejandro was found dead on a Delta Air Lines flight last month, one of the latest cases involving animals dying in transit. His owner is still awaiting an explanation of what happened.

On May 30, Alejandro was found dead in his carrier in a cargo facility at Detroit Metropolitan Airport. He was on a flight from Phoenix to Newark, New Jersey, en route to meet one of his owners who was moving from Arizona to New Jersey, according to a lawyer for the dog's family.

"When we landed here in Michigan, he was alive at 6:30 a.m., and then at 8:20, he wasn't moving, and it just doesn't make any sense to me," owner Michael Dellegrazie, told WDIV-TV.

"We lost a family member," he said.

Delta, in a statement, said it is "conducting a thorough review of the situation to find out more about why this may have occurred to ensure it doesn't happen again," AP reported.

On Tuesday, the family's New York-based lawyer, Evan Oshan, said the owners had paid $275 for Alejandro to ride in the plane's cargo area for animals.

"The family entrusted Delta with their dog," Oshan said.

It's not clear how Alejandro died.

Delta at one point told Oshan and his client that someone had checked on the dog during a layover in Detroit around 6 a.m., then sometime between 8 and 8:30 a.m. he was found dead. Oshan said it's unclear what happened to Alejandro during that time. He and his client are waiting on a necropsy, the initial results of which could come as early as Friday.

Oshan said he is representing more than a half dozen pet owners who say their pets were mistreated or died while in the care of airlines and he wants federal authorities to step in and investigate. Alejandro's owners are grief stricken at his loss, Oshan said, and worried about how they will transport several other dogs they own from Arizona to their new home in New Jersey.

Oshan said he flew to Detroit to try to talk to Delta officials about Alejandro and retrieve his body. He said airline officials gave him the run around before finally giving him a garbage bag with Alejandro's body inside, his cleaned animal carrier and another trash bag, which had a bloody blanket in it.

"Airlines treat people wrong," Oshan said. "I don't blame it on the flight attendants or the pilots. But as a whole these large corporations or airlines just don't care.

"They do whatever they want." He said for many families these cases are incredibly hard because "pets aren't just animals anymore. They're family members."

Other airlines have had problems with animals dying or being misdirected during transport. A German shepherd headed to Kansas on United Airlines was mistakenly sent to Japan. In another case, a 10-month-old French bulldog died after it was placed inside an overhead compartment on a three-hour flight from Houston to New York; a United flight attendant had told its owner and her children that they would not be allowed to fly unless they complied. A student said a Spirit Airlines employee suggested she flush her pet hamster down the toilet after telling the girl she would not be allowed to board with it. The girl did.

Of the more than 500,000 animals that flew on U.S. commercial air carriers last year, 24 died in transit.

(This story has not been edited by NDTV staff and is auto-generated from a syndicated feed.)
Comments
PomeranianDelta Air Lines