It is a precedent in a historic first for Saudi TV, the channel said on its official Twitter channel. 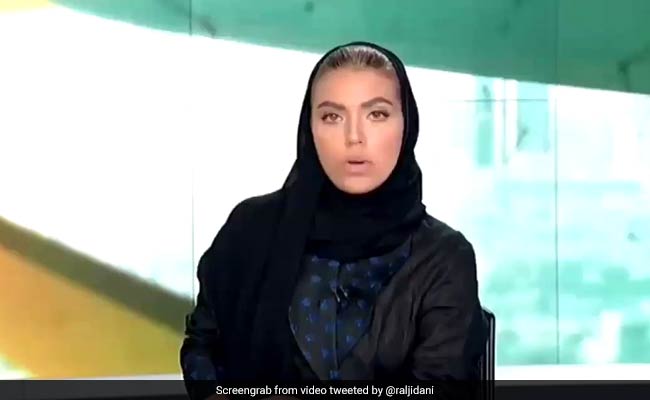 "Jumanah AlShami was the first woman to present morning newscasts in 2016. Today history repeats itself as #WeamAlDakheel becomes the presenter of the main nightly newscast, setting a precedent in a historic first for Saudi TV 1," Saudi TV said on its official Twitter channel.

This comes as a part of Saudi Arabia's Vision 2030 reform programme, which aims to diversify the kingdom's economy away from oil and relax strict rules on gender restrictions.Saudi Arabian Crown Prince Mohammad Bin Salman initiated the lifting of a number of restrictions since last year, particularly the ones on women, in a bid to open up the conservative kingdom country.

Earlier this month, Riyadh-based carrier Flynas had announced that it would be recruiting Saudi women as co-pilots and flight attendants for the first time.

In June, the Saudi government had lifted a longstanding ban on drivers. Prior to this, the country was the only place  where women were barred from driving.

In March, Saudi Arabia had organised its first-ever women's run, marking a historical moment for its women in the local sports sector. More than 1,500 women had participated in the event.