Britain's Prime Minister Theresa May has seen her Conservatives' double-digit lead over the opposition Labour Party ebb after an attack in Manchester and a U-turn on social care. 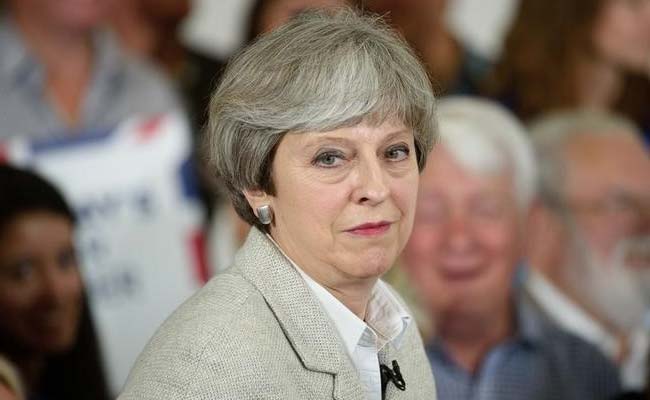 London: British Prime Minister Theresa May will reiterate on Tuesday the need for strong leadership, calling Europe's stance on Brexit "aggressive" as she bids to regain political momentum in the face of a narrowing lead in polls before a June 8 election.

May, who called a snap vote to boost her majority before talks with the European Union, has seen her Conservatives' double-digit lead over the opposition Labour Party ebb after an attack in Manchester and a U-turn on social care.

In a speech on Tuesday, she will say that a hardening position by the remainder of the EU means that she needs a clear mandate from voters.

"They are adopting an aggressive negotiating position, which can only be met by strong leadership on behalf of Britain," she will say according to a pre-released copy of her speech.

"If we don't make a success of the next five years, our economic prosperity will suffer, jobs and livelihoods will be put at risk, and with them the security and peace of mind of working families," she will say.

Labour has said it accepts the referendum result and would prioritise workers' rights and maintaining living standards, emphasising the need to retain the benefits of the single market and customs union, which guarantee free trade.

Barely two weeks ago, May was on course to win a landslide parliamentary majority but her campaign was derailed by unpopular plans to make the elderly pay more for their care.

Her record over security and policing has also been questioned after a suicide bomber killed 22 people last Monday at a concert by U.S singer Ariana Grande in Manchester.

May was interior minister between 2010 and 2016 before becoming prime minister.

Promoted
Listen to the latest songs, only on JioSaavn.com
(Reporting by Costas Pitas; Editing by Louise Ireland)
© Thomson Reuters 2017