The troubled life of Arizona gunman 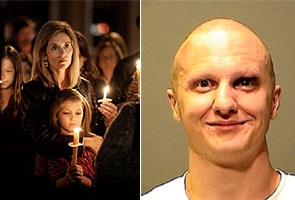 Tucson (Arizona): Jared Loughner's descent into violence took place on a furious all-night excursion through the dark streets of his hometown, meandering from one store to another as he prepared to take revenge on a world from which he had become increasingly alienated.

He checked into a down-and-out motel. He picked up photos showing him holding a Glock 19 while wearing only a bright red G-string. He bought ammunition on one of three trips to two different Walmarts.

He called a high-school marijuana-smoking buddy, ran away from his father into a cactus-dotted desert and updated his MySpace profile to say, "Goodbye friends."

Michelle Martinez ran into Loughner during his rambling odyssey. She and some friends were hanging out in the neighbourhood when a sullen figure emerged from the darkness in a black hooded sweatshirt and startled them. Loughner picked his way through the group rather than walk around them, offering a deep, distant "What's up?" He then quickened his pace and disappeared into the darkness.

"I had a feeling he was thinking about something," said Martinez, who knew Loughner from their school days. "It was just kind of weird".

The encounter epitomises Loughner's final hours as he became increasingly unhinged, culminating with him opening fire on a crowd of people at an event for US Rep Gabrielle Giffords. Six people were killed and 13 were wounded amid a barrage of bullets from a Glock 19.
Comments
ArizonaJared LoughnerArizona shootingArizona shootout