The announcement does not make clear the overall winner of Sunday's first general election since a 2014 military coup. 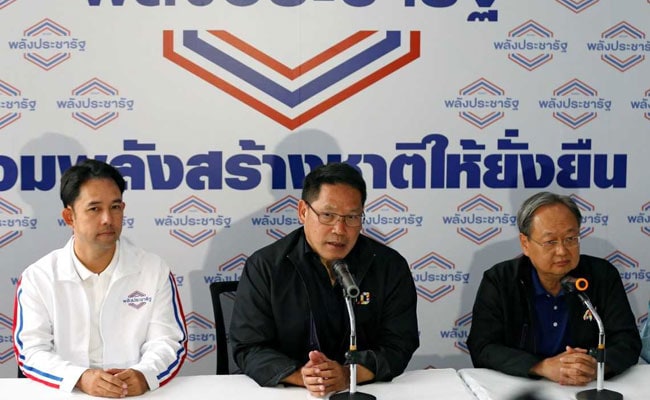 Thailand's chaotic election took another turn on Thursday when the Election Commission announced that the pro-army party, which is seeking to keep the current junta leader in power, had won the popular vote, with 100 percent of ballots counted.

The announcement does not make clear the overall winner of Sunday's first general election since a 2014 military coup.

Both the pro-army Palang Pracharat and an anti-junta "democratic front" have claimed a mandate to form the next government, but it is unclear if either side will be able to gather enough votes in parliament to form a workable government

The main opposition Pheu Thai Party, whose elected government was toppled in the coup, got 7.9 million votes.

"These numbers are fully-counted results officially reported by each constituency," said Krit Urwongse, deputy secretary-general of the Election Commission.

The results represented 100 percent of the ballots counted but would remain unofficial until final results are announced on May 9. The numbers were for the nationwide popular vote and were not broken down into parties' share of vote in each of the 350 constituencies.

The commission has not announced the full number of seats for each party in the 500-seat House of Representatives.

Results for the lower house's 350 directly elected "constituent seats" showed Pheu Thai with 137 and the Palang Pracharat with 97.

The remaining 150 House of Representatives seats are allocated according to a complex formula involving the total number of votes for each party.

The vote numbers released on Thursday should allow a clearer view of how the 150 party seats will be divided. The commission itself has said it would not to announce the party seats until May 9, when the official results are finalised.

On Wednesday, the Pheu Thai-led "democratic front" of seven parties claimed to have a combined 255 seats based on partial results, saying the majority in the House of Representatives gave it the right to try to form a government.

But Palang Pracharat, which campaigned on keeping on coup leader Prayuth Chan-ocha as elected prime minister, said it had the popular mandate because it had won the most votes nationwide.

(Except for the headline, this story has not been edited by NDTV staff and is published from a syndicated feed.)
Comments
Palang PracharatThailand