Thailand To Crown Its Newlywed King In Series Of Grand Rituals

The Thailand king will be joined by new Queen Suthida after a surprise announcement three days before the coronation that the thrice-divorced monarch had married for a fourth time. 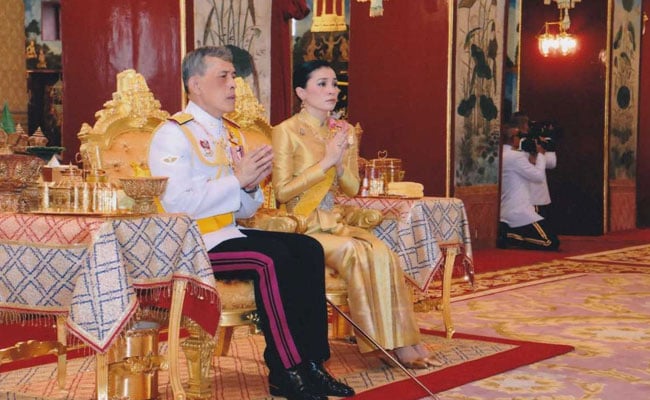 Thailand's King and Queen at religious ceremony for the coronation in Bangkok.

The king will be joined by new Queen Suthida after a surprise announcement three days before the coronation that the thrice-divorced monarch had married for a fourth time.

At the astrologically auspicious time of 10:09 a.m. (03:09 GMT), the king will be dressed in white as he undergoes a royal purification ritual in which consecrated waters will be poured over his head.

King Vajiralongkorn, 66, became constitutional monarch after the death of his revered father, King Bhumibol Adulyadej, in October 2016 after 70 years on the throne. 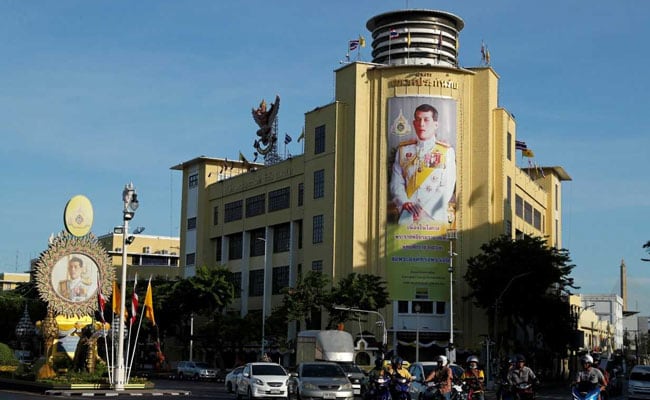 His coronation, after a period of mourning for the late king, comes amid the uncertainty of an unresolved election battle between the current military junta chief and a "democratic front" trying to push the army out of politics.

Thai kings' coronation rituals are a mixture of Buddhist and Hindu Brahmin traditions dating back centuries. One of the many official titles King Vajiralongkorn will take is Rama X, or the 10th king of the Chakri dynasty founded in 1782.

Saturday's rituals, which will see the king bathed in holy waters and crowned, are about transforming him into a "Devaraja", or a divine embodiment of the gods.

As the waters start pouring, ancient cannons from the 19th century, used specifically for the coronation, will fire 10 volleys each.

The king will then change into a full uniform and take a seat on an eight-sided, carved wooden throne to receive sacred waters on his hands in an anointment ritual.

Selected officials, including military junta chief Prayuth Chan-ocha, the head of the National Legislative Assembly, and the chairman of the Supreme Court, will pour the waters from eight directions, representing the cardinal and ordinal directions on a compass. 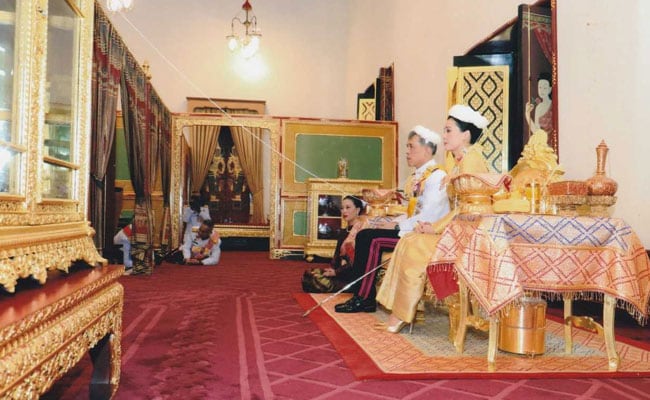 The waters used in both rituals were collected from 117 sources last month, blessed by Buddhist monks and Brahmin priests in temples around the country, before they were combined and consecrated.

Before noon, the purified and anointed sovereign will sit under an elaborate nine-tiered umbrella, where he will receive the royal golden plaque containing his name and title, the royal horoscope, and the royal seal, which were made in a three-hour ritual last week.

The king will also receive and wear five articles of the royal regalia from the chief Brahmin.

Once in full regalia, the king will give his first royal command, a short utterance that will highlight the essence of his reign.

The king will proclaim himself the royal patron of Buddhism later in the evening, and perform a private housewarming ritual at the royal residence where he will stay the night, as previous kings have done.