Bharti Shahani, who attended the Travis Scott concert at the Astroworld Festival with a sister and a cousin, had been comatose and on a ventilator since the tragedy on Friday in Houston. 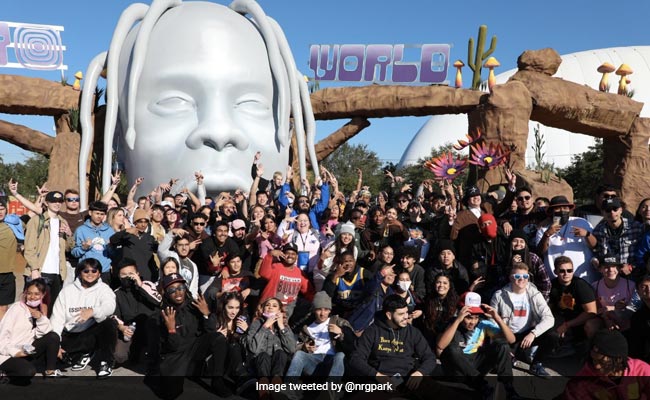 A 22-year-old university student caught up in the crowd that rushed the stage at a rap concert in Texas last week has died of her injuries, her family said Thursday, raising the death toll from the incident to nine.

Bharti Shahani, who attended the Travis Scott concert at the Astroworld Festival with a sister and a cousin, had been comatose and on a ventilator since the tragedy on Friday in Houston. Hundreds of people were injured.

"I want my baby back," her crying mother Karishma Shahani told journalists. "I won't be able to live without her."

"I think she lost oxygen for 10 minutes one time and seven minutes at another time," the cousin, Mohit Bellani, told the local TV station ABC13.

Some 50,000 people jammed into the open-air venue, dancing and singing along with Scott but finding themselves increasingly crushed against barriers, unable to move and breathe as the mass pressed toward the stage.

Some fell and others tumbled on top of them, crushing the bodies beneath, and the density of the crowd closer to the stage made it hard to pick them up and evacuate them, attendees described.

"There were, like, layers of bodies on the ground, like two people thick. We were fighting to come up to the top and breathe to stay alive," Bellani said.

A nine-year-old boy who was trampled in the crush is in a coma and fighting for his life.

At least 60 lawsuits have been announced singling out Scott and fellow singer Drake, who took to the stage in the final 15 minutes of the concert, well after authorities had declared an emergency.