Jacson Chicas, 16, was stabbed and burnt by fellow MS-13 gang members. Investigators say he was killed on March 8 while at a meeting of the gang. 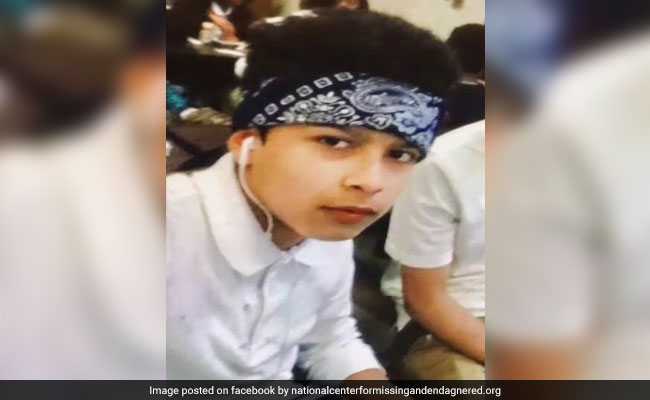 A 16-year-old who was stabbed more than 100 times before his body was set on fire was being disciplined by fellow MS-13 gang members who then scrubbed down the crime scene in an attempt to cover up the killing, prosecutors said in court.

The alleged gang leader who is accused of ordering the killing is a citizen of El Salvador and illegally reentered the United States after being previously removed, prosecutors said as new details in the killing of Jacson Chicas emerged.

The added information was disclosed when Jose Ordonez-Zometa, 29, made his first court appearance since police announced his arrest. A judge in Maryland's Prince George's County District Court ordered him to remain jailed without bail Monday pending trial.

Ordonez-Zometa is a leader of an MS-13 clique that operates out of Fairfax County in Virginia, and was one of five men arrested in Chicas's killing, police said.

Charging documents say another unidentified suspect also may have participated in the killing. Prince George's police spokeswoman Christina Cotterman said investigators are trying to determine whether a sixth person was involved.

Chicas, also a member of MS-13, according to investigators was killed March 8 while at a meeting in the Landover Hills, Maryland, home of Ordonez-Zometa, police said.

During the meeting, at which individuals were being disciplined, Ordonez-Zometa "questioned the Decedent's loyalty to the gang" and ordered gang members to take him into the basement of the home, according to prosecutors and court charging documents. Once in the basement, Ordonez-Zometa ordered the other gang members to stab Chicas several times with knives, clean up the crime scene and dispose of the his body, according to the charging documents.

"After the Decedent's death, the Defendants removed his body from the basement, placed it in the trunk of a vehicle and transported it to Stafford County, Va.," the documents state.

A Stafford County deputy driving along River Road discovered Chicas's burning body along the side of the road around 5 a.m. March 9.

During Ordonez-Zometa's bail review, his public defender argued for him to be released on a $25,000 bond, saying he was the father of two children, including a 4-month-old girl.

Ordonez-Zometa stayed in Prince George's as other members transported Chicas's remains to Virginia, Waldrup said. He had also ordered the gang to return to his house and scrub down the residence "to cover up the crime," Waldrup said during the hearing.

Prosecutors did not detail what prompted gang members to target Chicas for discipline.

Ordonez-Zometa was removed from the United States on Oct. 18, 2017, according to a statement Monday night from officials with U.S. Immigration and Customs Enforcement, and he re-entered sometime after. ICE officals placed a detainer on him after his arrest on the murder charge in Prince George's County, which is a request that jails hold suspects for up to 48 hours after they post bond to give agents time to take people into custody if there is a potential immigration issue.

Four others who have been charged with murder in the case remain in Virginia awaiting extradition to Prince George's, Maryland: Jonathan Castillo-Rivera, 20, of Annandale, Virginia.; Kevin Rodriguez-Flores, 18, of no fixed address; and Jose Hernandez-Garcia, 25, of no fixed address. A 16-year-old, Christian Martinez-Ramirez of Falls Church, Virginia, was also charged as an adult.

(Except for the headline, this story has not been edited by NDTV staff and is published from a syndicated feed.)
Comments
MS-13MS-13 gang