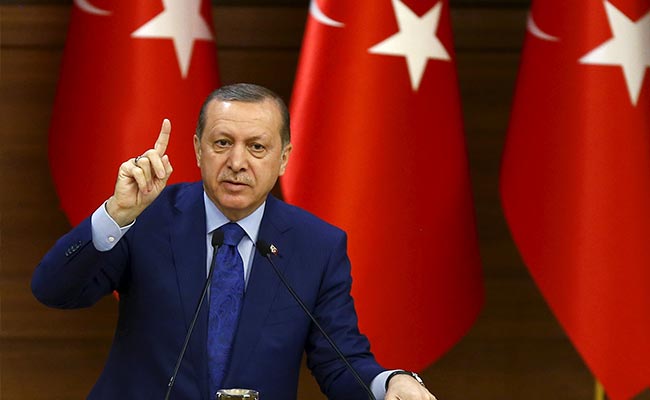 Ankara: Turkish President Tayyip Erdogan said on Thursday Germany had become a haven for terrorists and would be "judged by history", accusing it of failing to extradite supporters of a U.S.-based cleric Ankara blames for July's failed military coup.

He said Germany had long harboured militants from the Kurdistan Workers Party (PKK), which has waged a three-decade insurgency for Kurdish autonomy, and far-leftists from the DHKP-C, which has carried out armed attacks in Turkey.

"We don't have any expectations from Germany but you will be judged in history for abetting terrorism ... Germany has become an important haven for terrorists," Erdogan told a ceremony at his palace in the capital Ankara.

Promoted
Listen to the latest songs, only on JioSaavn.com
"We are concerned that Germany, which has protected the PKK and DHKP-C for years, has become the backyard of the Gulenist terror organisation."
© Thomson Reuters 2016