After spending weeks in his workshop tinkering with the design, the goldfish stroller actually came together in just a few days, cobbled together from spare parts Jerry Huang had lying around. 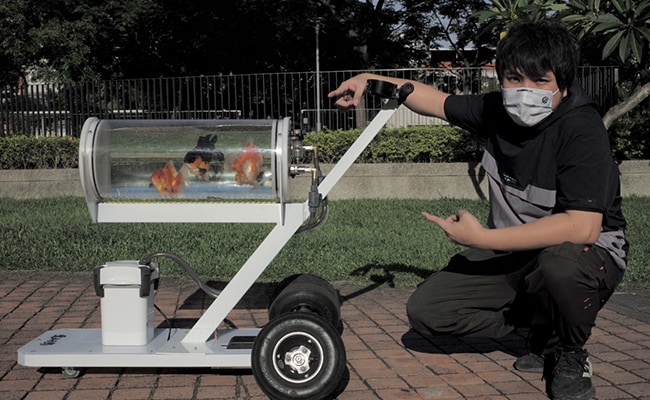 Jerry Huang is fairly confident his goldfish enjoy the adventures.

Jerry Huang's aquatic pets rarely feel like two lost souls swimming in a fishbowl because they get to go for regular strolls.

In Taiwan's Taichung City, Huang can be seen pushing his latest invention: a goldfish bowl on wheels.

"In the past, people walked their dogs and cats, now they take their parrots for walks, also snakes, lizards," Huang, 31, told AFP.

"Is there a chance for underwater creatures to explore the land above water?" he asked himself.

Huang, an avid aerial drone photographer who makes a living making content for his YouTube channel, soon came up with a solution.

After spending weeks in his workshop tinkering with the design, the goldfish stroller actually came together in just a few days, cobbled together from spare parts he had lying around.

The space-age-looking contraption (estimated cost $300-400) consists of a large, water-filled acrylic cylinder for the fish to reside in, combined with a battery-powered filtration and oxygen system plonked on a specially built trolley. 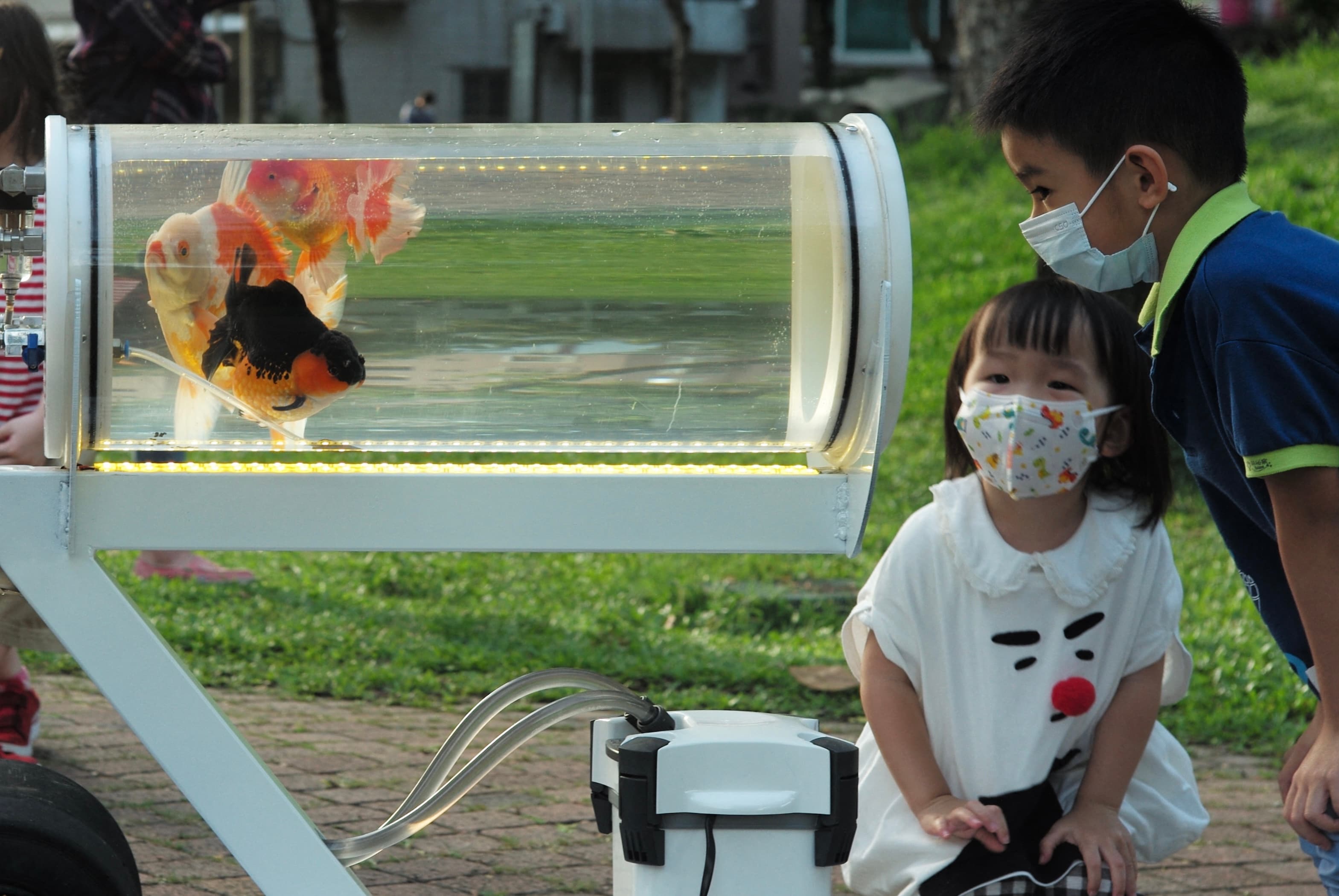 Children look at a fish tank trolley at a park in Taichung, central Taiwan.

"I have done a lot of research before I started making this fish tank. It's not a spur of the moment thing. You need to understand fish," he said.

He decided goldfish, which are hardy and not especially frightened of humans, were the best test subjects.

Huang is fairly confident his goldfish enjoy the adventures.

"We all have this urge to explore other, uninhabitable exotic worlds, that's why we send spaceships to the universe," he beamed. "If I were a goldfish, I would definitely be super thrilled if someone invented a thing for me to go explore other worlds."