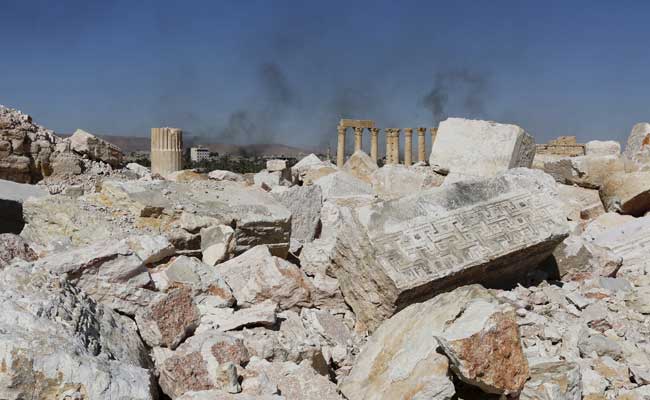 The military campaign to reclaim Qaryatain came less than a week after the Syrian Army captured Palmyra, which had been held by the ISIS for 10 months. (File photo)

Damascus: The Syrian Army today fully captured a key city in the central province of Homs near the ancient city of Palmyra, following intense battles against the ISIS terrorist group.

The Syrian forces backed by Russian warplanes stormed the city of Qaryatain from a number of directions, a day after Syria's boots on the ground stormed areas in the western parts of that key city, Xinhua news agency reported.

A military source said that the army's entry into Qaryatain came after the bomb squads dismantled explosive devices and other booby-traps the ISIS terrorists had planted to thwart the advance of the Syrian Army.

On Saturday, the Syrian forces unleashed a wide-scale offensive on the city, which has succeeded in breaking through the ISIS defences in the western part of that predominantly-Christian city.

The Russian warplanes are playing a significant role in helping retake Qaryatain, the source added.

The military campaign to reclaim Qaryatain came less than a week after the Syrian Army captured Palmyra, which had been held by the ISIS for 10 months.

Meanwhile, the state news agency SANA said the Syrian air force struck the ISIS positions in the eastern and southern parts of the city.

Qaryatain is the last ISIS stronghold near the mountainous region of Qalamoun, north of Damascus and close to the Lebanese borders.

The ISIS terrorists who withdrew from Palmyra have holed up in Qaryatain, 85 km southeast of Homs.

The city is strategically important due to its proximity to the Syrian city of Qara, a stronghold of the Hezbollah Shia group, which is fighting alongside the Syrian Army in key battlefields in the country.