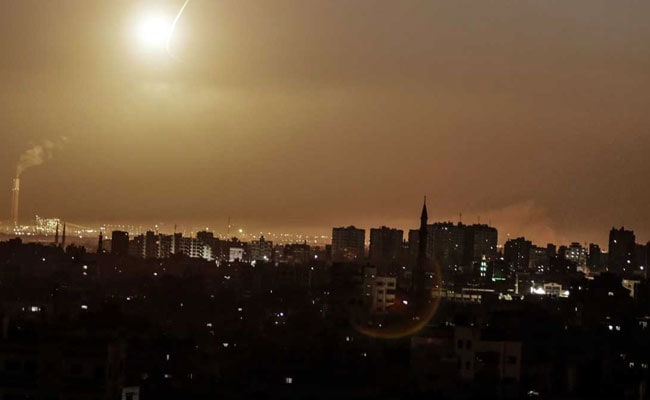 There was no immediate report of casualties. (Representational)

Since the outbreak of the Syrian civil war in 2011, Israel has routinely carried out raids in Syria, mostly targeting Iranian and Lebanese Hezbollah forces as well as government troops.

"At 10:16 this evening (2016 GMT) the Israeli enemy carried out an aerial attack from the direction of the occupied Syrian Golan on some targets in the Damascus area," SANA reported a military source as saying.

"Our air defence confronted the missiles and downed most of them," the source added.

There was no immediate report of casualties.

The Syrian Observatory for Human Rights, a Britain-based war monitor, said the strike hit the area of Sayyida Zeinab south of Damascus, where Iranian Revolutionary Guards and Lebanese Hezbollah are present.

The Israeli army said it did not comment on reports in foreign media.

Israeli state broadcaster Kan had reported that leaders of Israel's security establishment met on Sunday evening to discuss an alleged Iranian attack on an Israeli-owned vessel in the Gulf of Oman this week.

Israeli Defence Minister Benny Gantz said on Saturday he believed Iran was behind the explosion Thursday on the MV Helios Ray, a vehicle carrier.

Israel rarely confirms strikes in Syria, but the Jewish state's army has said it hit about 50 targets in the war-torn country in 2020, without providing details.

It has consistently vowed to prevent its arch-enemy Iran from gaining a foothold in Syria.