The document, prepared by the Intergovernmental Panel on Climate Change (IPCC), said world governments would need to take "unprecedented" action to reduce carbon emissions to stave off the worst effects of global warming. 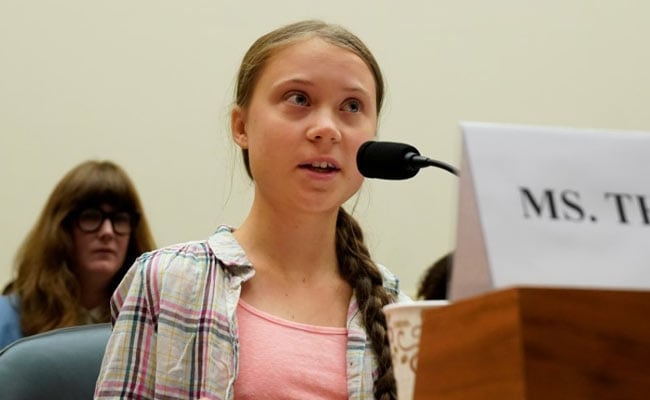 A 16-year-old Swedish climate activist demanded Wednesday that Congress "listen to the scientists" who were sounding the alarm on the threat of global warming.

Rather than offer prepared remarks to the House Committee on Foreign Affairs, Greta Thunberg said she was attaching as testimony a landmark 2018 United Nations report that warned of dire consequences for the planet if the atmosphere warmed to 1.5 degrees Celsius above preindustrial levels. The document, prepared by the Intergovernmental Panel on Climate Change (IPCC), said world governments would need to take "unprecedented" action to reduce carbon emissions to stave off the worst effects of global warming.

Her testimony came shortly after the Trump administration announced it would move to revoke California's ability to require stricter auto emissions standards. The pollution generated by automobiles is known to be a significant contributor to the planet's warming.

In the course of a year, Thunberg has become one of the most prominent faces in a youth-led movement urging action in the face of a looming climate catastrophe, and her testimony was part of a busy Washington itinerary. On Monday, she met with former president Barack Obama, who called her "one of our planet's greatest advocates." After her Wednesday testimony, Thunberg said she would swing by the Supreme Court to support a group taking legal action on climate change, before heading back across the street to appear before the House Ways and Means committee.

On Friday, Thunberg will lead an international day of youth climate protests from a march in New York City.

"I'm just trying to make as much difference as I can, especially in informing people, spreading awareness about the climate crisis," Thunberg told The Washington Post ahead of her D.C. trip. "I think that is the key now, to inform people about this crisis. Because as it is, people are not aware."

"Once enough people know about the urgency, then they will go together and push for political change," she said.

Thunberg is not alone.

A Washington Post-Kaiser Family Foundation Poll found that a majority of American teens believe climate change is real and fear it will have a negative impact on their future. And about 1 in 4 has taken some sort of action, including attending a walkout, protesting, or contacting their lawmakers.