"It surprised me to see my name mentioned in a negative way for defending and protesting in favor of the environment," the model wrote on her twitter. 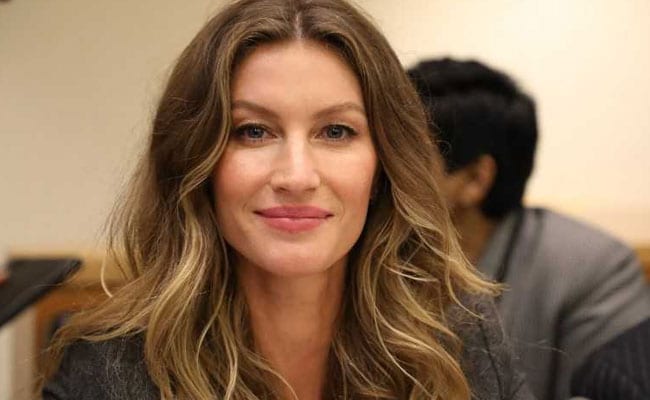 Gisele Bundchen, 38, withdrew from the catwalk in 2015, and lives in the US with her husband Tom Brady

Brazilian supermodel Gisele Bundchen on Wednesday defended her work as an environmental activist, after the country's new agriculture minister accused her of issuing criticism "without knowledge."

"It surprised me to see my name mentioned in a negative way for defending and protesting in favor of the environment," the model wrote to her 4.8 million Twitter followers.

"Since 2006 I have been supporting projects and getting involved in socio-environmental causes," she added, explaining she has picked up significant knowledge along the way.

The 38-year-old Bundchen, who withdrew from the catwalk in 2015, was responding to comments from Brazilian agriculture minister Tereza Cristina, whose portfolio is one of the most controversial under far-right President Jair Bolsonaro.

"Excuse me, Gisele, you should be our ambassador and say that your country preserves the environment," she said, accusing Bundchen of criticizing "without knowledge of the cause."

Bundchen, who lives in the US with NFL star husband Tom Brady, did not directly mention Cristina in her letter, but did leave the door open to collaborate with Brazil on "positive actions" for the environment.

She was named UN Goodwill ambassador for wildlife protection in 2016, and a year later, worked to reverse measures to authorize mining in parts of the Amazon implemented by Bolsonaro's predecessor, Michel Temer. Most recently, she criticized a bill seeking to relax pesticide regulation rules.

Bolsonaro's arrival in office on January 1 sparked strong concern among environmentalists, who fear his links to the powerful agriculture-business sector will prove lethal to the preservation of Brazil's rich environmental landscape.

(Except for the headline, this story has not been edited by NDTV staff and is published from a syndicated feed.)
Comments
Gisele BundchenBrazilian agriculture minister Tereza CristinaEnviourment