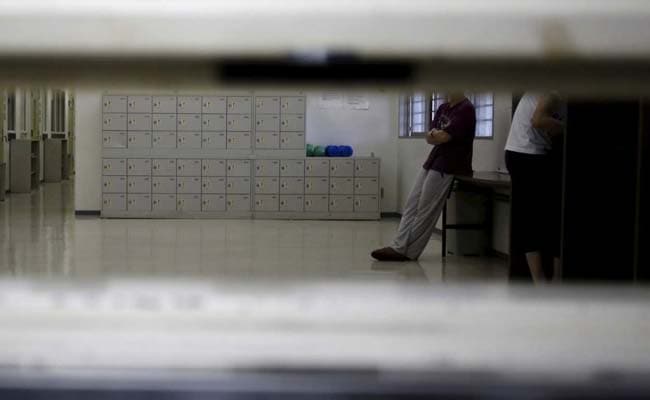 Tokyo, Japan: The suicide of an Indian man being held at an immigration detention centre in Japan has sparked a hunger strike among detainees and revived concerns about conditions.

Deepak Kumar was found dead on April 13 after apparently hanging himself in the shower at the Ushiku facility, northeast of Tokyo.At least eight detainees, including Mr Kumar, have died in immigration detention facilities since 2010, according to a tally by the Japan Association for Refugees (JAR), an NGO.

Mr Kumar's death prompted a hunger strike, with around 70 people at the Ushiku facility refusing food by Friday, according to an official, and reports that people held at other centres were also protesting.

Around 1,000 people are held in immigration detention centres around Japan, according to JAR, and there have long been concerns about conditions, with a series of deaths raising questions about medical access and oversight.

Last year, a Vietnamese man died in the Ushiku facility after having a stroke, and in 2014 two detainees, an Iranian and a Cameroonian died there.

"One death in ten years is too much," said Eri Ishikawa, chair of JAR's board.

"But in reality, in these three to five years, every year there has been an incidence of death among detainees," she told AFP.

Authorities deny that detainees are being mistreated or neglected.

"We respect their human rights," said Daisuke Akinaga, an official at the Ushiku facility.

"We try to listen to them and meet their requests. For example, there was a complaint about cold inside the facility and we improved the situation," he said.

"Applications for provisional release are a different story. They have to go through proper procedures."

Detainees at the facilities are generally facing deportation, but many are seeking asylum and can file for provisional release while their claims are being processed.Mr Kumar appears to have committed suicide after learning that his provisional release request had been denied, said Kimiko Tanaka, 65, a long-time activist.

"His provisional release request had been turned down in March, but he only learned about it on April 12, according to a detainee who was sharing a room with him," she said.

Mr Kumar's brother Sanju told AFP that the family was devastated, and was calling for an investigation.

"There was no reason for him to commit suicide, he was a courageous man and had a fighting spirit," he said from Ludhiana.

"He called me a day before his death and was in a good mood. He promised to call again in five days."
"We don't believe the authorities and demand that his death be investigated," he added.

They also criticise the government's stringent rules on granting refugee status. Last year just 20 people out of nearly 20,000 applicants received asylum. The government says most applicants are economic migrants, but activists and the UN say Japan imposes onerous evidence requirements that can be impossible to meet, even for those in real danger.

'He Didn't Do Anything Wrong'

Tanaka said Mr Kumar had applied for asylum, though it was unclear on what grounds."The man was detained almost the entire year after he arrived in Japan as a political refugee," she said.

"We have to once again realise the mercilessness of Japan's immigration law and the refugee recognition law." Detainees allege that if they complain about medical problems to guards, they are simply handed sleeping pills or anti-anxiety medication.

"We are concerned that around 20 percent of the detainees are given medication like sleeping pills," Ishikawa said. "There is no independent mechanism to monitor the situation."

A migrant detained under a deportation order can be held indefinitely, a situation Tanaka described as deeply damaging.

Promoted
Listen to the latest songs, only on JioSaavn.com
Detainees in immigration facilities have gone on hunger strike before, to little effect. But Tanaka said Mr Kumar's death and the perceived indifference of facility guards had caused widespread anger.

A friend of Mr Kumar's, who spoke to AFP on condition of anonymity saying he was afraid of immigration authorities despite having legal residence, said he couldn't understand why Mr Kumar was detained for so long."He didn't do anything wrong. He didn't get into a fight, he didn't steal anything. It doesn't make sense that he had to be put in prison for a year."