Prime Minister Pedro Sanchez announced the restrictions on movement following a huge spike in the number of infections in this nation of some 46 million people. 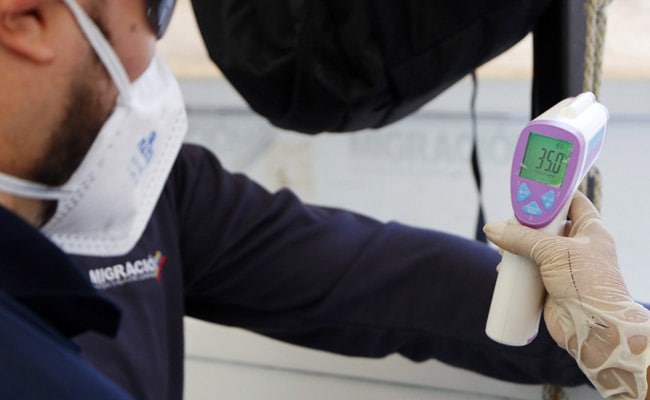 Spain on Saturday banned people from leaving home with some exceptions.

Spain on Saturday banned people from leaving home except to go to work, visit a doctor or buy essential supplies, in a bid to slow the spread of coronavirus.

Prime Minister Pedro Sanchez announced the restrictions on movement following a huge spike in the number of infections in this nation of some 46 million people.

They are part of a package of measures introduced as part of a 15-day state of alert officially declared by his government on Saturday.

Spain confirmed more than 1,500 new cases of coronavirus since Friday evening, raising its total to 5,753 cases, the second-highest number in Europe after Italy.

The disease has so far claimed 183 lives in Spain.

"The prohibition to circulate in the streets... must be followed starting today," he said in a televised address after a cabinet meeting that lasted more than seven hours.

Spaniards may leave home to go to work, "buy bread", go to the pharmacy and get medical care but "not to go have diner at a friend's house", he added.

All stores except for pharmacies and supermarkets will close nationwide, the premier said.

"Our hands will not shake to prevail against the virus," Sanchez said.

Bars, restaurants and all shops except for supermarkets had already shut on Saturday for two weeks in the Madrid region, which accounts for over half of all infections.

Earlier on Saturday the mayor of Seville announced that the southern city's famous Holy Week processions featuring hooded penitents would be cancelled because of the outbreak of the virus.