SpaceX Loses 40 Of 49 Starlink Satellites Due To Geomagnetic Storm

SpaceX, the Elon Musk-owned commercial space company, said 40 of the 49 satellites it launched on February 3 "will reenter or already have reentered" Earth's atmosphere due to the storm. 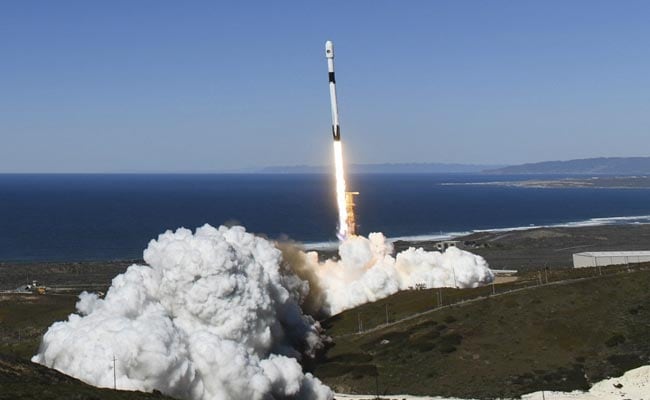 The latest 49 satellites from the Starlink network launched from the Kennedy Space Center in Florida.

Billionaire tech entrepreneur Elon Musk's ambitious Starlink project suffered a massive hit this week when its almost 40 satellites were damaged by a geomagnetic storm recently. SpaceX, the Elon Musk-owned commercial space company, said 40 of the 49 satellites it launched on February 3 “will reenter or already have reentered” Earth's atmosphere due to the storm. It added that the storm caused “up to 50 percent higher drag than during previous launches” and prevented the satellites from reaching their intended orbit.

“Unfortunately, the satellites deployed on Thursday were significantly impacted by a geomagnetic storm on Friday,” SpaceX said in a statement.

The company added that engineers tried to fly the satellites like a “sheet of paper” in a bid to reduce the drag but it seems only nine satellites managed to survive the geomagnetic storm. The nearly 40 satellites that failed to reach their orbit pose “zero collision risk” with other satellites. When they enter Earth's atmosphere, these satellites will die on their own, meaning there will be no orbital debris and no satellite part will hit the ground, SpaceX added in the statement.

SpaceX acknowledged that deploying satellites at low altitudes comes “at a considerable cost to us”.

The company aims to ultimately operate a constellation of more than 12,000 satellites in low-Earth orbit as part of the Starlink project to provide low latency broadband services across the world, even in areas not covered by terrestrial systems. Considering that, a loss of 40 satellites should not be a make-or-break setback for the company but those satellites definitely accounted for one Falcon 9 rocket's launch capacity.

Starlink is currently operating in some parts of the world but not all. In India, the government instructed Starlink to refund all pre-orders until it secured licences to operate in the country.

SpaceX, a major partner for NASA, especially for its human spaceflight programme, is planning more launches in the coming weeks and months. It has set a target of undertaking a record 52 launches this year.

Mr Musk recently tweeted that Falcon 9 will launch every week on average to meet the target for 2022.

If things go well, Falcon will launch about once a week on average in 2022, delivering ~2/3 of all Earth payload to orbit

SpaceX has been chosen by NASA as part of the space agency's Artemis programme, where astronauts will be sent to explore more of the Moon. NASA has chosen SpaceX to continue construction of the first commercial human lander, which will safely transport two American astronauts to the lunar surface.